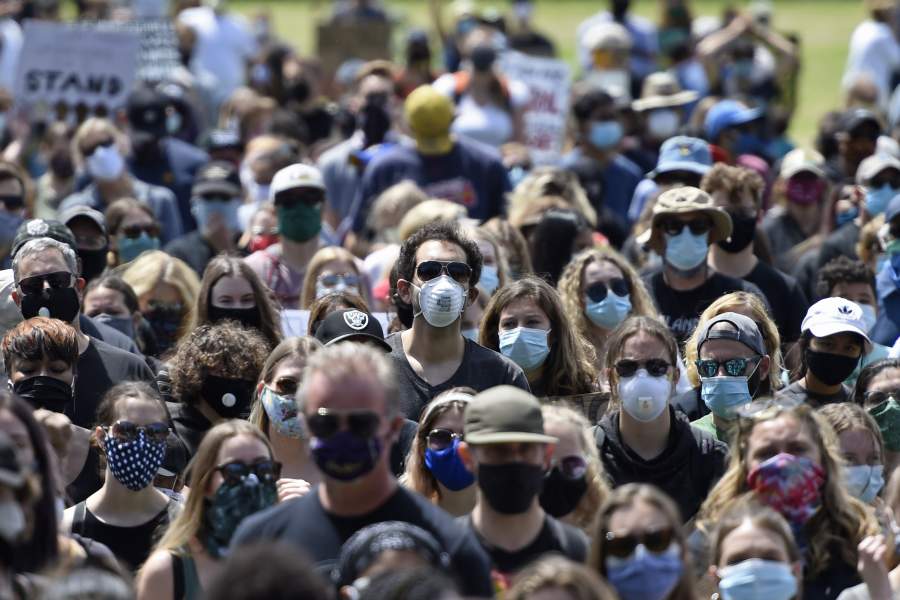 How long till the public push back? Pic: Twitter

Any Idea how many shops, bars restaurants and other retail outlets there are in London alone? How many busses, Taxis, Trains? Just how many people use all of these things every day?

And now everyone has to wear a mask or risk a fine. And just how exactly is this latest ridiculous idea supposed to be policed?

Ken Marsh, chairman of the Metropolitan Police Federation, which represents rank-and-file officers in London, called the policy ‘absolutely absurd’ and said it will be ‘impossible for enforcement’.

He told BBC Radio 4’s Today program: ‘Shopkeepers need to step up to the plate and take some responsibility. They can quite easily put signs up on their doors “No mask on, no entry, this is private property”.

‘That’s the first point we need to get across because this cannot all be laid on the shoulders of the police yet again. ‘The second point is it will be nigh-on impossible for enforcement because you won’t have a police officer on every shop door because there isn’t enough of us.

‘If a shopkeeper calls the police because someone hasn’t got a mask on, they haven’t got the power to detain them so that person can just walk away. ‘We’ll be driving around and around London looking for people who aren’t wearing masks, it’s absolutely absurd.’

And that’s just in London,  how easy will it be to police the entire country?

All that’s going to happen is that the majority of people will wear the masks, (even though they are pretty useless anyway), and some wont.  There will be situations where everyone will have a mask in their pocket to avoid fines, and when they see a police officer they will simply put it on, after all its up to the officer to prove you were not wearing one in the first place, and unless they have a photo, they cant really do anything.

It really is coming to the point where the people will have had enough of being told what to do, and I believe that when the people realize just how far they outnumber the authorities, the rebellion will begin.

But one has to wonder just how far the population can be pushed before they decide to push back.