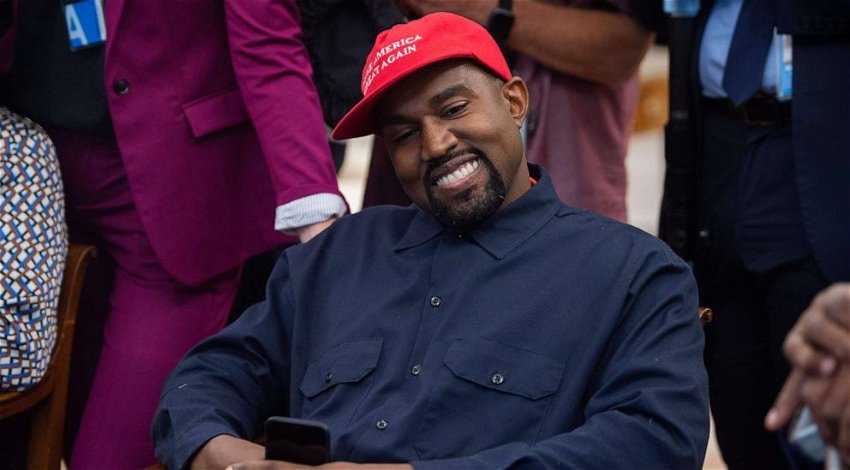 Seriously? he is actually going to do this? Pic: Twitter

You have to give him credit where credit is due, I think he honestly believes that people will take him seriously

Kanye do it or Kanye not?, The fact that I am writing this at all must mean it’s a slow news day, but here we go never the less.

So the man who has compared himself to Jesus, and has proclaimed to the world that he is the greatest rock star ever to grace a stage living or dead!, is actually going for it!  He is going to try and get into the big chair at the Whitehouse, (You know that one that has the ‘button’ with which to destroy the earth if he feels like he is being ignored), yes that one!

Kanye West has announced that he will begin his campaign to become the President of the United States of America in South Carolina later today after asking his fans to vote for him in the ballot.

He has filed all the relevant paperwork for him to join the contest to win the biggest job in the world, Now, according to ABC News, West has announced his first rally at the Exquis Event Center in North Charleston on Sunday at 5pm, including a pre-rally press event. A press release noted that the event is for “registered guests only” and that attendees would be required to sign up at the rapper’s new campaign website Kanye2020.country.

People going to the rally will have to sign a coronavirus liability release form as well as wearing a mask and observing social distancing.

West’s latest album, has coincidentally been scheduled for release this coming week, (there’s a surprise!).

You know what, it’s refreshing, like in the UK’s Monster Raving Looney Party, with Screaming Lord Such trying to get into parliament on a mandate of 364 days of national holidays for all workers with full pay and at a minimum 1 day a year mandatory sick leave with full pay as well, It is nice to see people being rebellious against the machine and making a point which can effect change in the world, especially when done with a tongue firmly implanted in the inside of ones cheek.

However this celebrity, (and I loathe to call him that), is actually totally serious about his running for President, he actually believes he has the tools to not only get the job but be able to do it!

Can you imagine the headlines the day after the G20 summit, or a special meeting with Putin after some near war footing problem arises?

I know that this piece is going to get howls of derision from all the anti-Trump mob, saying that Kanye couldn’t do worse than Donald, but come on?

At least with The Don, he has had a lifetime of business behind him both good and bad from which he must have learned something, (ok not how to keep his mouth shut or know how to behave in public), but he does know how to do a deal.

Kanye thinks he is better than McCartney, Elvis, Freddie Mercury, Robert Plant, I could go on, but I’m losing the will here!

Kanye see him as President or Kanye not?