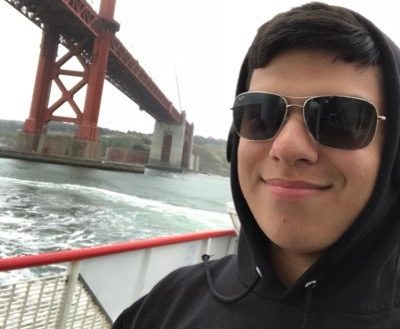 The 20-year-old son of a United States judge was shot dead by a gunman posing as a FedEx delivery person after he answered the door of the family home.

THE shooting occurred at the New Jersey home of US District Judge Esther Salas, who is presiding on a Jeffrey Epstein case, on Sunday night.

A man dressed as a FedEx driver opened fire at the home of Judge Esther Salas in North Brunswick, New Jersey, on Sunday night. Daniel Anderl, the judge’s 20-year-old son, was killed. The attack began at around 5pm when Mark Anderl answered the front door to the family home, he was shot five times.

The judge’s 20-year-old son Daniel Anderl was killed instantly, and her defence attorney husband Mark Anderl, 63, was critically injured. The shooting came days after the judge was assigned a case with links to Jefferey Epstein, although there is not yet any suggestion that the attack is linked to her work.

The killer, believed to be a lone gunman, then fled the scene and is still on the run. Francis ‘Mac’ Womack, the mayor of North Brunswick, New Jersey, said that Daniel was ‘shot through the heart.’ Salas’s husband, Mark, is reportedly in critical but stable condition at Robert Wood Johnson Hospital in New Brunswick.

The judge is believed to have been in the basement of the home during the shooting and was completely unharmed in the attack.

“Judge Salas and her family are in our thoughts at this time as they cope with this senseless act,” Gov Phil Murphy said in a Facebook post.  ‬

“I know Judge Salas and her husband well and was proud to recommend her to President Obama for nomination to New Jersey’s federal bench.  My prayers are with Judge Salas and her family, and that those responsible for this horrendous act are swiftly apprehended and brought to justice,” US Sen Bob Menendez, D-NJ said in a statement late Sunday.

A police monitoring service reported a shooting in the area of Point of Woods Drive, off Hidden Lake Drive about 5.15pm Sunday.

If you liked reading this article, ‘REVENGE KILLING? : Son of Judge in Epstein case Shot Dead and Husband Critically Wounded’, please make sure to like, share, and comment!