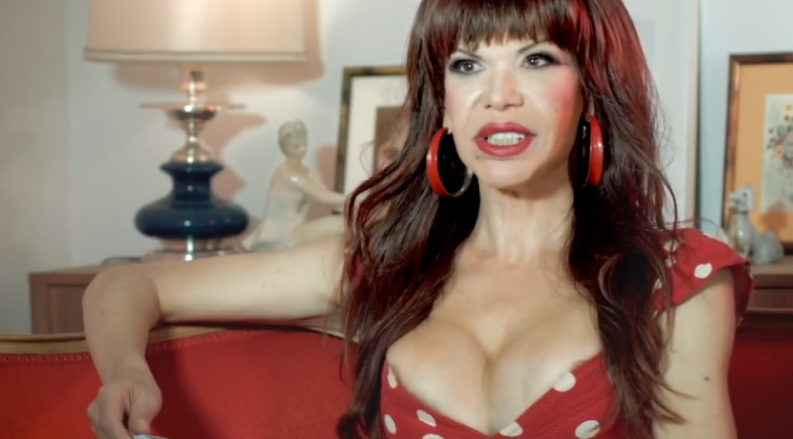 I celebrated Pride by watching an episode of the Spanish series La Veneno.

It tells the story of La Veneno, an LGBTQ icon whose unfiltered opinions, charm and wit made her a popular figure on Spanish primetime television in the nineties.

Directed by the esteemed creators Javier Ambrossi and Javier Calvo, it remains faithful to the real story of La Veneno. The details are assiduous. It even includes Paca La Piraña who was La Veneno’s best friend. Younger viewers will be drawn to Valeria, who plays the author, Valeria Vargas.

She subsequently went on to write La Veneno’s memoir. In the series, however, she is a university student dealing with her own struggles with her gender identity. For those of you who have seen the series Pose on Netflix, creators of La Veneno have also included trans actresses playing the roles of trans women.

La Veneno doesn’t quite portray the decadent playground of New York in the 1980s however, it showed me another landscape, Almeria in the 1970s. La Veneno’s story goes back to her childhood when she was Joselito. Joselito was a curious child and obsessed with animals. Joselito saw the opportunity to make a Holy Communion a performance by wearing a habit that looked like a dress.

Growing up in Adra in Almeria, the small seaside town would prove to be too small for Joselito. Too claustrophobic. The LGBTQ characters in Adra are constantly abused both verbally and physically, reflecting the socio-political backdrop of the time. From a young age, these characters are called maricon meaning faggot. A word that when you first hear it, you have no idea what it means.

Ironically, this undefined word is what subsequently defines you on a daily basis. My partner and I discussed homophobia after watching the episode. My experience compared to his has been laconic. He, however, grew up in an agricultural family who had clear notions of what it means to be masculine. His outlet was similar to Joselito’s, finding salvation in the Catholic Church, which sounds paradoxical for a gay man.

Like Joselito, my partner was attracted to the aesthetics of the church and its theatricality, but also fully aware of its contradictions. As I finish writing this column, I’m listening to the equality minister, Irene Montero, talking about same-sex marriage. Fifteen years have passed since Spain legalised this seminal moment. Watching Joselito’s past reminds us all of the unequivocal progression we have seen in LGBTQ rights. Nevertheless, there are definitely dark clouds in the political world in Spain. The far-right and their hateful rhetoric towards the LGBTQ community and, undoubtedly, trans rights are constantly under threat. Shows like La Veneno are providing invaluable visibility.