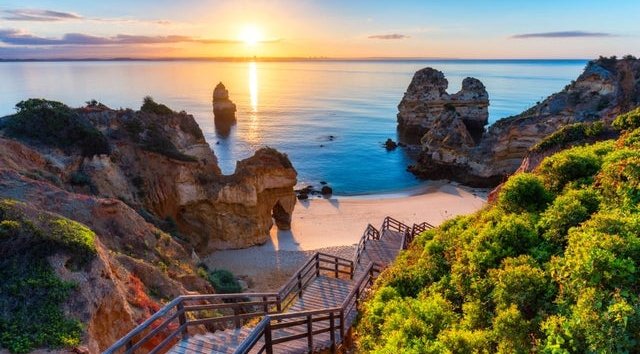 Spain looks set to gain thousands of tourists this summer as Portugals pleas to be added to the “Safe List” from the UK fall on deaf ears.

The UK adds more countries to its “Safe” list

The UK government today added Estonia, Latvia, Slovakia, Slovenia and St Vincent and the Grenadines to the list of countries where travellers do not need to quarantine on their return- but ignored Portugal.

Portuguese government and tourism authorities have been lobbying strongly to allow British holidaymakers to return this summer without the need to self-isolate when arriving back in the UK. The tourism sector is suffering badly and millions of euros are being lost with the fear that holidaymakers will choose Spain instead.

But it is not one of the five new countries added to changes which take effect in England from July 28, confirming travel report that wholesale changes were not expected.

Portugal’s number of new cases per 100,000 inhabitants is currently the second-highest in Europe, according to data from the EU’s disease control centre.

Although Portugal says this is due to its high testing rate, more than 12 other countries have also imposed restrictions on travel from Portugal, as a high count of several hundred new coronavirus cases per day in the past month – mainly on the outskirts of Lisbon – concerns authorities.

Uproar for the tourist industry

Paul Charles, chief executive of the PC Agency, told the BBC: “The scale of those due to go [to Portugal] before the end of August is enormous. The decision today plants huge uncertainty in the minds of those who are booked who will be looking for refunds and changes and most won’t have a holiday. It’s going to cause uproar for operators and industry.”

The revision came as the government urged passengers “to continue to protect themselves when considering travelling abroad by making sure they are up to date on the latest information – both at home and at their destination”.

“All travellers, including those from exempt destinations, will still be required to complete a passenger locator form on arrival into the UK,” the DfT said.

“Government will update GOV.UK with any changes on a weekly basis (should any be required) to reflect the shifting international health picture.

“We are prepared to respond rapidly if the health situation of a country deteriorates.

“The border health measures remain subject to review every 28 days in England.”

Meanwhile, Cuba, Sri Lanka and Cambodia were added to a separate Foreign Office list of countries where advice is no longer against all-but-essential travel- adding to the frustration of the Portugues ministers.