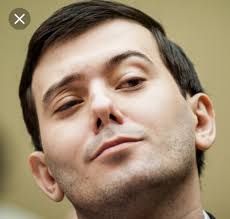 Do you ever look to score points?

“Thank God I am not like other people!” I doubt if even arch-egoist Donald Trump has said this aloud in so many words – at least in public.

But I have heard this sentiment of superiority expressed so many times in varying degrees of subtlety. This is the essence of egoism – self-adulation at the expense of others. In this way, friends, acquaintances and strangers alike all become adversaries.

In my book “The English Middle-Class Code”, I suggested there are several ways of projecting self-image. And they involve both boasting and putting other people down. The most obvious ploys are name-dropping, points–scoring, criticising and, finally, posing.

Name-droppers often cite association with celebrities or the “right” people. This suggests they fit in with a “superior” group.  “Lord Balderdash was a close friend of my uncle”. “It was when we attended the Queen’s garden party”.   “I met Muhammad Ali at the Plaza Hotel in New York”. “Cassandra was at school with General Mockingbird’s daughter”.

At the slightest opportunity, the name-dropper will jump in to impress the adversary with the joys of travel and experiences by references to places.  “We love going to Glyndebourne”. “Oh, yes; that would be when Reggie and I were in Cairo – there are some wonderful museums there!” “I don’t suppose you’ve been to Vienna yet?”

Points-scoring means gaining points by flaunting. “We like the first-class lounge at Heathrow”. “It’s time for our BMW’s MOT; have you ever driven a BMW?” “I’m really pleased with my new camera; I must show it to you”. It is most effective when, at the same time, the adversary loses points by being put down.  “Those curtains are so 1970!” “Didn’t he get into Oxford?”

Autobiographies can portray interesting events, opinions and impressions during the author’s lifetime. Unfortunately, many of them focus on promoting the writer’s self-image by dwelling on his successes or her achievements. Too frequently, those who write mainly about themselves are not really interested in anything or anybody else.

They, therefore, have little of substance to say. And so they emphasise their good fortune – their wealth, their knowledge, their experiences and their “connections” in the hope of invoking envy. But, apart from friends and family, who wants to know?

The need to be right means criticising, which means somebody else must be wrong – or better still, made to feel inadequate. The adversary, therefore, has to be contradicted, interrupted or ignored, whether right or wrong. This signifies a complete intolerance of the ideas, tastes and opinions of others.  In the view of the egoist, the other person is ignorant, illiterate, naive, lazy.

Posers are a special category. While they prefer the visible to the vocal approach, they risk being ridiculed aloud in public by anybody humorously “challenging” their pretentiousness. They merit a separate discussion.