The world we live in is a strange place 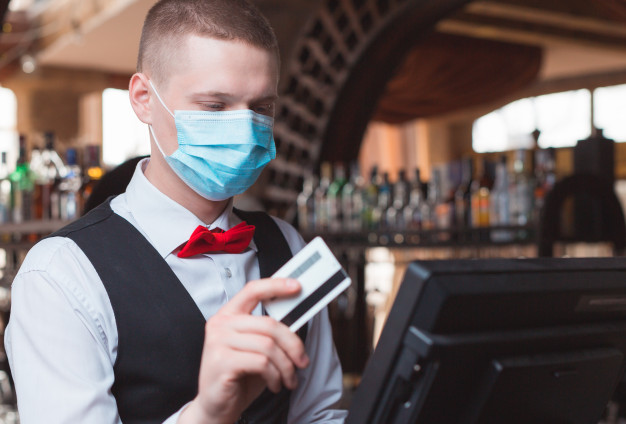 I DON’T like the new normal and, as many of my friends will tell you, I wasn’t that partial to the old normal! If I want to go out to eat I am now being served by a sweaty person in a mask which is sometimes over the nose and sometimes isn’t.

The chef is sweating like a ……. fill in your own offensive, politically incorrect remark here. I left one place as sweat was obviously dripping onto the food he was preparing. It’s 40 degrees. He has a hat and mask and goggles on. Not entirely his fault but I’ll use the salt sachet on the table for seasoning if it’s ok with you.

Then there seems to be a bit of an attitude problem around too. I ordered the bill in one place and got it pretty quick but waited nearly 15 minutes for change. It was way over the tipping amount so I wasn’t going to leave it. Finally, I went over and asked why it was taking so long and was told in no uncertain terms that the waiter was serving on his own and the other six staff there couldn’t use the till. No sorry – just the usual ‘if there weren’t so many customers trying to get served I could get on with my job’ attitude.

Another question is who do I listen to about this COVID stuff? Do I listen to the doctors and scientists that have spent years studying for degrees in epidemiology and then years working in laboratories and hospitals doing research on every infectious disease known to mankind and treating patients with the most terrible illnesses?

Or do I listen to the conspiracy theorists whose uncle’s brother’s sister’s aunt has it on very good authority that, according to someone they know, who has read loads of stuff on the internet, social media and the rantings of Trump’s new guru Dr Stella Immanuel or Katie Hopkins, that we are just being fooled by the Illuminati to let them inject us with a tracking device? I’m still sticking with the experts.

You, of course, can do as you wish. The world we now live in is a very strange place. For instance, if you are driving down the road and see a magnificent tree you don’t stop and admire it.  But if there is a terrible car crash you slow down to see what’s happening.

Social media is a car crash.