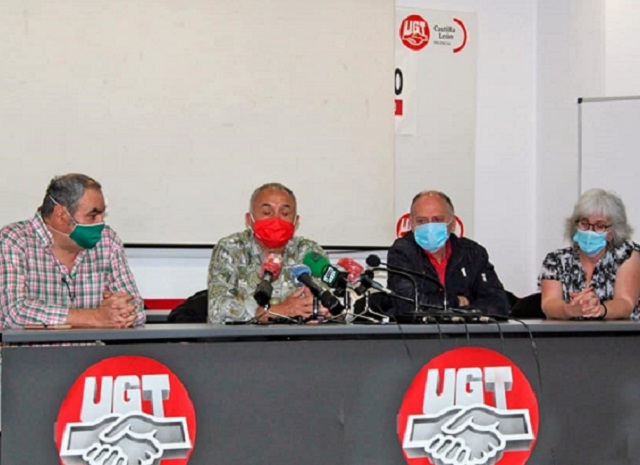 GOVERNMENT, business leaders and trade union representatives are set to sit down next month to talk about a new extension to Spain’s ERTE job furlough scheme, according to Spanish media.
The press reports that Employment and Social Security minsters Yolanda Diaz and Jose Luis Escriva will meet with the CEOE Spanish Confederation of Business Organisations head Antonio Garamendi and union members in Mallorca capital Palma on September 4 to discuss the possibility of extending the scheme.
As it stands, the temporary aid financial scheme to cover the lost earnings of employees whose job contracts have been temporarily suspended due to the Covid-19 crisis is due to end on September 30.
Garamendi expressed the view in a recent interview with the El Pais newspaper that the furlough scheme should run until at least December.
“What they have to say is how much money there is and until when it will reach, because it is already negotiated”, the CEOE president affirmed.
UGT union secretary general Pepe Alvarez has also indicated that even if everyone is not exactly on the same page on the issue, then there is the “beginning of an agreement.”
Alvarez told La Sexta Spanish TVE Mallorca has been chosen as the meeting venue precisely because its tourist sector has been so severely hit by the pandemic situation and because so many of the island’s workers have been furloughed.
He described an extension as “absolutely essential” for the Spanish economy and its companies, and said there should be no end date.
“The pandemic is indefinite; right now we don’t know what it’s going to end”, he commented.
He also wants the conversations to look at the issue of how much furloughed employees receive, making it clear one of the necessary conditions for reaching an agreement as far as the UGT is concerned is keeping the current amounts in place.
The last extension to the ERTE agreed at the end of June followed a series of meetings and some tough negotiations.
According to the UGT leader there are currently 700,000 workers on ERTEs.