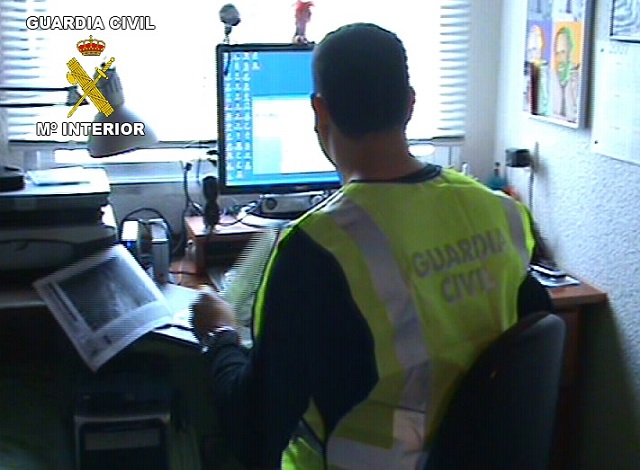 CON: The group used well-known websites to advertise pups at prices some way below the market value CREDIT: Guardia Civil

GUARDIA Civil have arrested five suspects after uncovering an online scam offering puppies for sale at bargain prices.
So far the Caceres EDITE Technological Crimes Unit has linked the five to 33 frauds reported by police forces in various parts of Spain.
The team first launched the investigation back in April after a member of the public reported to Guardia Civil in Plasencia in Extremadura that they had bought a Maltese Bichon through a well-known advertising website. They paid €180, but the pup never arrived and it proved impossible to contact the supposed seller.
Investigators established there was a criminal network made up of the five, who were based in different parts of the country.
Their ‘modus operandi’ was to use web pages to advertise puppies of breeds like the Maltese Bichon, French Bulldog or West Highland Terrier at prices some way below the market value.
Scam victims paid via bank transfer or electronically, but soon discovered the apparent vendors blocked their calls and their messages, leaving them without their money and with no puppy.
The Guardia found the fraudsters used 12 different telephones, all with other people’s identities, and eight online bank accounts opened in the names of third parties. The gang also had further bank accounts and fraudulent telephone numbers all prepared for future cons.
Once the investigators had gathered sufficient evidence on who was behind the crimes, ‘Operation BichonMaltes’ was put into action and the Guardia detained the four men and a woman.
Two were arrested in Vinaroz in Castellon, one in Villajoyosa in Alicante and another in Puertollano in Ciudad Real.
The fifth, detained Olula del Rio in Almeria, had been on the run from the law for more than a year.
The suspected con artists face charges including fraud, identify theft and membership of a criminal organisation.