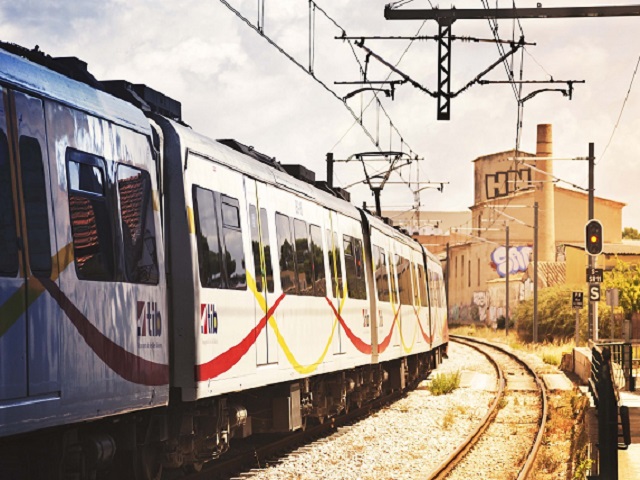 SERIOUS PROBLEM: The Balearic government said those responsible for the graffiti created a whole series of costs for the rail company CREDIT: Govern Illes Balears Noticias

THE Mallorca SFM public rail company bill for removing graffiti from its trains has added up to just short of €50,000 so far this year.
The Balearic government said the figure clearly illustrates the seriousness of the problem, even though there has been less graffiti on the trains this year than last.
Between the beginning of 2020 and now 22 lots of graffiti have appeared on SFM trains, while over the course of 2019 there were 40.
The cost of getting rid of graffiti on the trains last year was nearly €160,000.
The Balearic government pointed out those responsible for causing the graffiti created other expenses as well from damage to infrastructure like fencing, security grilles, doors, walls, video circuits and sensors.
On top of that, the administration said, “one has to add the environmental costs of eliminating paint from the carriages, the costs of legal actions, and the alterations and changes to service which passengers have to put up with due to the fact that, at times, the paint temporarily leaves some units unusable.”
To deal with the matter the SFM has this year reinforced the number of security personnel at its facilities and now has a canine unit for night security at its Son Rutlan site.
It has also increased locks at all offices and added to the number of security cameras.