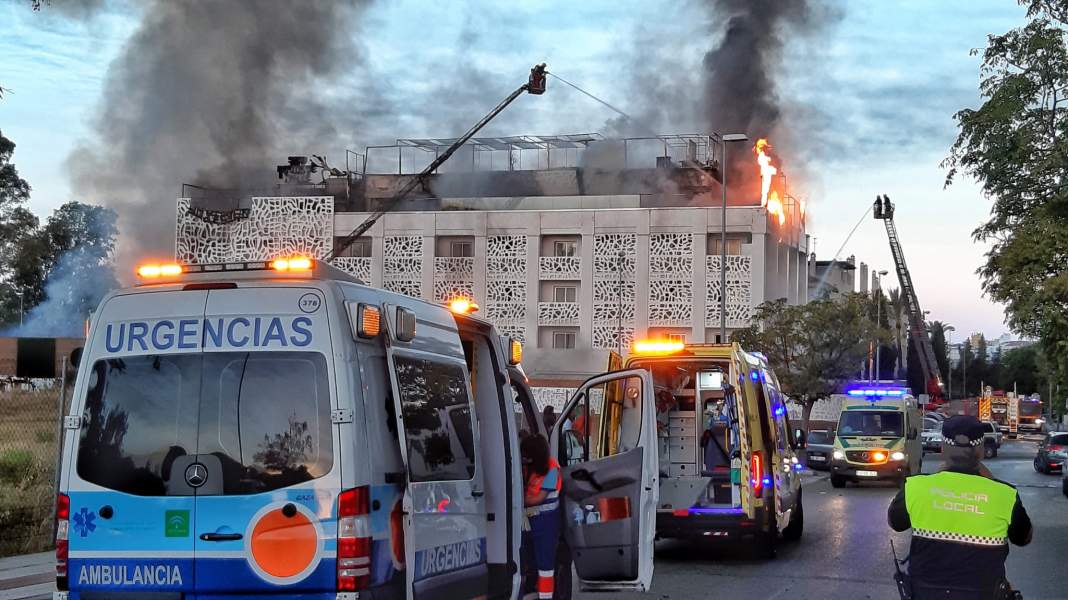 THE fire that engulfed the Hotel Sisu which sits by the N340 just outside of San Pedro Alcantara was a disaster which ended up with the death of one person and minor injuries to others.

According to the Marbella Council, it was a Local Police unit which first raised the alarm after spotting a column of smoke and had it not been for the speed of response by the emergency services the results could have been far worse.

Investigations are ongoing to discover the cause of the outbreak but videos on social media show desperate guests climbing down the exterior walls in an effort to escape and no doubt much will be made of the speed in which the fire spread and the apparent lack of alarms.

There is a long and tangled tale with regards to the management and ownership of the hotel as well as its relationship with residents in the surrounding area.

In 2017 when the Partido Polular regained control of Marbella Council, it responded to neighbours’ complaints and declined to extend a music licence due to the regular loud parties that took place.

EWN spoke to a representative of the actual owners of the property Hotel Lorcrima SL and they made it clear that whilst being shocked by this latest turn of events and offered their deepest sympathy to the deceased this is something that they had feared might happen for some time.

They contest that the person running the hotel had no valid lease to do so and in all of the time that they had occupied the property, they had never paid any rent and owed more than €1 million.

Hotel Lorcrima SL have endeavoured to follow proper legal routes in order to regain possession of the property but have been blocked at various stages by the intricacies of the Spanish legal system although they judged that they were very close to a positive decision prior to the fire breaking out.

It would be completely wrong to try to pre-judge the result of investigations surrounding the fire, but those undertaking them must be seen to do so fairly and thoroughly in order to protect the hard-won good name of Marbella and its guardians.