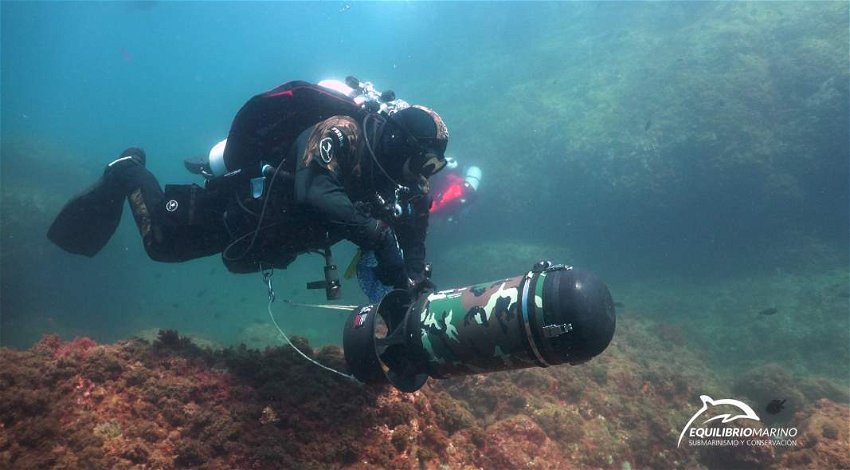 WITH ‘climate change’ being such a hot topic, many people may like to know that in the depths of the coasts of Malaga there are corals, of which the best preserved are in the Maro-Cerro Gordo area, as well as in Punta de la Mona, in Granada; and in many other enclaves of the coast of the province.

These waters that we spend our summers swimming and diving in hold some of the answers to the future of the world as we know it.

For scientists, these are animals, not plants, a point that is very important, as they are bioindicators of the state of conservation and climate change. “In the Mediterranean, they fulfil the function of being an axis of the ecosystem, the fish use them as a refuge and to lay eggs; without corals, there would be no other species,” explains Fernando García Alarcón, president of the Equilibrio Marino association, which promotes the SOS Corales conservation programme.

“They are threatened, the conditions of this population have been deteriorating more and more,” he stresses, and that is why the entity is developing a marine recovery plan, especially in the area between the provinces of Malaga and Granada, after two years of procedures to collect all the necessary permits.

In this task, they have the Promaris Uno boat, chartered with the collaboration of the Malaga company Alnasur, which has a crane, probe, baskets and balloons to carry the debris removed by divers. In addition, they maintain an agreement with the marina of Marina del Este, for docking; and hold a European grant from the Association of Marine Protected Areas of the Mediterranean (MedPan); the Coral Guardian association and several collaborating companies.

The team of volunteers, made up of about 20 expert divers with scientific knowledge, dive several weekends a month to remove debris that affects the coral ecosystem.

“It is not a normal bottom cleaning but a marine recovery, because the area is full of coralligens and protected species.” This forces you to work very carefully so as not to cause damage. “You have to be like surgeons,” explains Alarcón.

The final objective of the initiative is, according to its main promoter, that the surroundings of Maro, Cerro Gordo and Punta de la Mona soon become a Marine Protected Area, which will mean shielding it from fishing; in addition to creating a precedent for other similar areas. All the while monitoring the state of conservation and climate change.