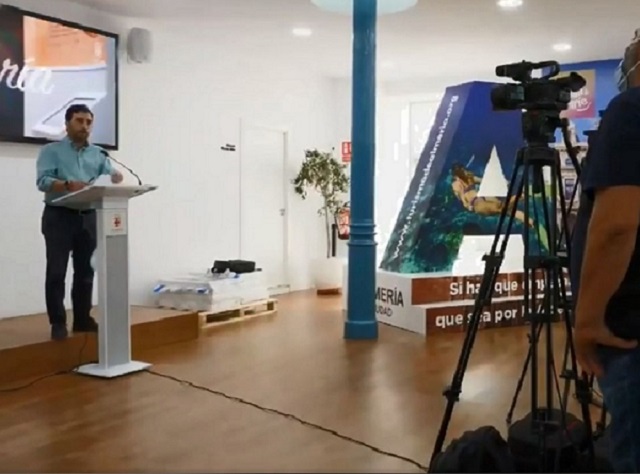 ALMERIA is focusing on attracting visitors from other parts of Spain for autumn tourism in the provincial capital.
Presenting a balance of what kind of summer season Almeria has had, City Promotion councillor Carlos Sanchez revealed that this year the three big markets have been Madrid, Barcelona and the Valencia region, and typically couples.
The travel restrictions imposed by the UK and in elsewhere in Europe have meant international visitor numbers have inevitably dropped on last year, he said.
Hotel occupation levels have also gone down significantly.
The average for July was just under 60 per cent, compared with nearly 90 per cent in the same month of 2019.
In August the average was only 68 per cent, while last year it was 93 per cent.
The impact of the pandemic on Almeria’s tourism sector is also reflected in the figures for visits to the city’s museums over the peak summer holiday season.
Visitor numbers plummeted 40 per cent, from nearly 19,200 to under 11,000.
By contrast, 20 per cent more people joined guided tours of the provincial capital than last year.
“Tourists prefer visiting the open spaces on the tours we have in our programming”, the councillor commented.
Sanchez took the opportunity to praise the Municipal Tourism office team for all their hard work over the last few months.
He pointed out that while the number of people dropping into the office was down from getting on for 12,000 in the holiday months last year to less than 4,700, staff had taken more calls than normal.
“Tourists wanted to know first-hand the situation Almeria was experiencing on its beaches and in terms of measures”, Sanchez explained.