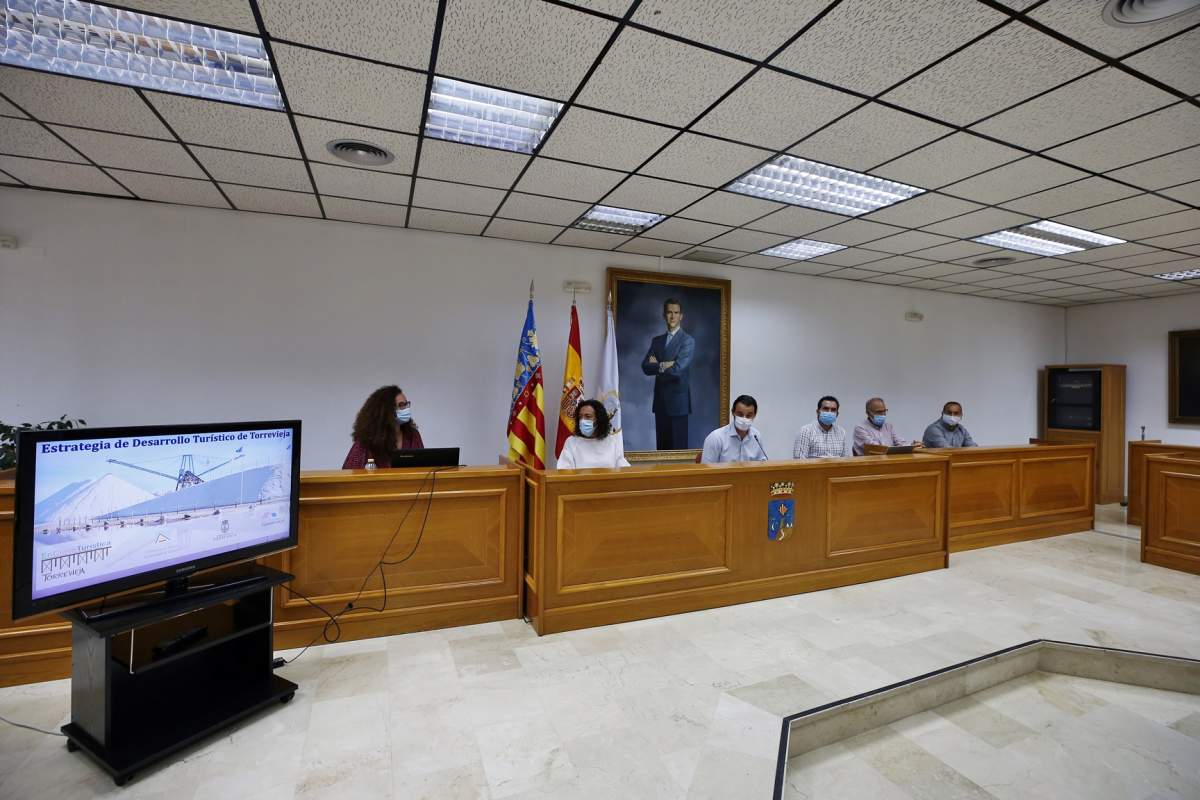 Project Enclave, as part of a strategy to boost tourism in Torrevieja, has had its progress presented in front of the mayor.

MAYOR of Torrevieja, Eduardo Dolón, was present at a tourism meeting to discuss the progress of one of Torrevieja’s projects to increase tourist trade in the area.
The Torrevieja Tourist Enclave project coordinator, Sandra Navarro, oversaw the presentation to the mayor in which she revealed the current status of the project.
She announced that the plans had been divided into five phases.
The Design phase, which was carried out in February, evaluated a diagnosis of the tourism sector in data obtained from 2018.
The data has given the project a starting point and the Design phase has allowed Navarro to select experts from each key thematic area, determine the methodology and create suitable working groups.
Diagnosis, the second phase, which ran from March to July, involved each key area beginning to develop monograph work with suggested actions to promote that specific area.
An inventory of tourist resources was also carried out.
The Enclave project is currently in its third phase, according to the presentation, and is called the Proposal phase.
This stage began in July and will end at the end of September.
In this phase a project website was launched, which Navarro described as a “simple and intuitive web space, in which the user finds an explanation of the project and who is part of it.”
The website also offers a suggestion box where people can contribute their proposals for the project.
Face-to-face and online surveys of residents, visitors and tourists were also conducted.
The data collected from these surveys serves as a means to create the strategic lines of the project which are now being designed, together with the action programme.
“To conclude the project, from September to November three essential activities will be carried out which, due to the situation in which we find ourselves, the committee is evaluating their performance online,” Navarro concluded.
The three essential activities include:
An Expert Day; which will see 10 specialists explain what was done in the project.
A Resident Consultation and Participation Workshop; which will give the project a platform to present the proposals and their actions, in a move aimed to empower the municipality and to receive the reflections of its residents and local tourist workers.
The project concludes with a presentation of the final plan with the Torrevieja Tourism Development Strategy.
For more news from Southern Costa Blanca, please follow this link.