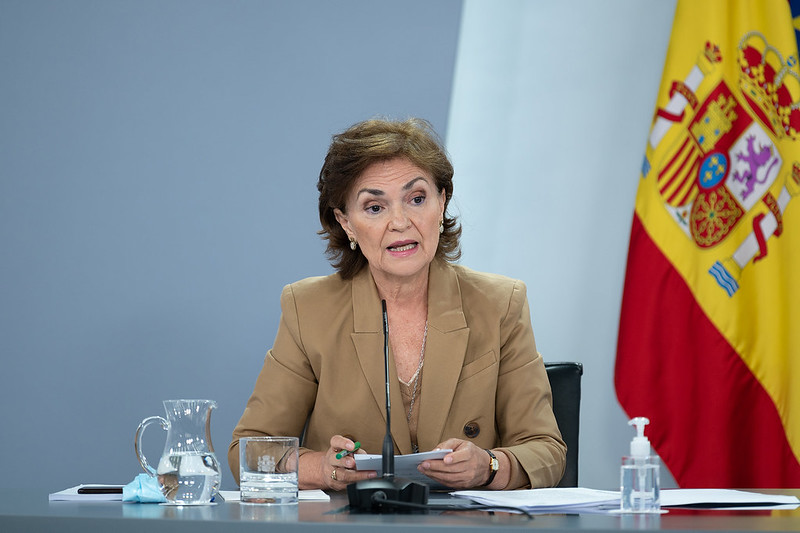 IT is time for the minority Spanish Government to present the 2021 budget to the Cortes in the hope that all parties will work together to allow for a measure of certainty unlike previous budgets where there was considerable difficulty in obtaining approval.

Deputy Prime Minister (First Vice President of the Government) Carmen Calvo has made it clear that she expects to ensure that salaries and pensions of Government employees are not reduced or frozen as that would only make the economic situation worse.

She insists that the Government is prepared to do what it can to satisfy the needs and expectations of the main opposition parties on the understanding that they understand the overall ‘blueprint’ of the budget and give it their support.

Already, Ciudadanos has indicated that it is unlikely to block the budget which is a major step forward from outright opposition but it is the PP which needs to come on board for the good of the country and not oppose the plans as up until now as she says that they have basically followed a policy of “vetoing and not helping.”

Much will depend on the position of the ERC (Catalan left-wing pro-independence party) which needs to consider whether there is any advantage to Catalonia in blocking the overall budget as that will not forward any of its plans.

Although the other right-wing party Vox has 52 seats and is certainly unlikely to approve any budget put forward, the minority government if supported by the 23 seats of Ciudadanos and ERC should have an overall majority so would be able to push a relatively adventurous budget through.