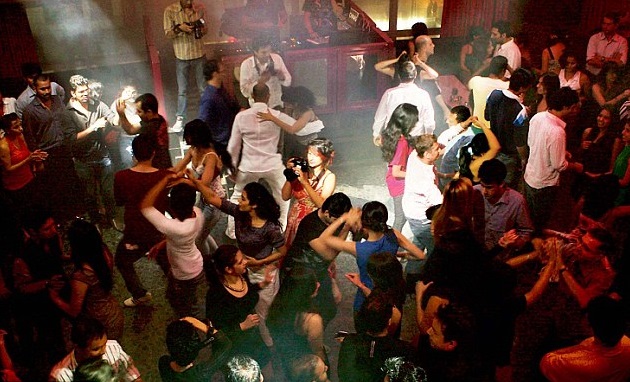 HEALTH authorities in Spain are pleading with young people to stop holding illegal parties as the increasing number of COVID-19 cases in the country continues to lead the way in the impending second wave of infections in Europe.

Despite the warnings, in the early hours of Thursday, September 10, the Madrid police arrested and fined 73 people who had ignored the ban on evening gatherings while holding a party, in a basement where no one was wearing a mask. Last weekend, 75 people were arrested in an unlicensed premises used as a bar and brothel.

The explosion of illegal parties has been singled out by authorities as one of the key causes of the spike in cases through July and August, leading to a national agreement between the central and regional governments to close all bars no later than the 1am.

However, the parties often do not take place in a regular establishment, where a large number of young people tend to gather for parties in the open air and drink alcohol, the typical ‘botellones’ or the well-known illegal parties.

The problem in these secret raves is that nobody is usually in charge of controlling compliance with the hygiene and social distancing measures required by the Andalucian administration. As can be seen in different videos that have circulated in recent weeks, the attendees dance all together (a practice prohibited in Andalucia due to the coronavirus) and talk without a mask or respecting interpersonal distance.

The first to alert about the illegal parties was the Federación Andaluza de Empresarios de Salas de Fiestas y Discotecas (Andalucía de Noche) who warned that the closure would cause the beginning of the ‘bottles’ and the ‘raves’. At that time, even before they were allowed to open for the first time, they said that this decision would increase the organisation of private parties with more than 20 people in 80-square-metre apartments and illegal parties organised in outdoor spaces or clubs without any kind of control.

To date, and after checking all those that have been held throughout the summer, the vice president of the group, businessman Juan Rambla, regrets that the administrations have not done anything to prevent it. He explains that many smaller illegal parties and large ‘botellones’ are also being organised on the beaches. “It was clear; people are not going to go to sleep at 1 because the Board says so, “he says.

To try to stop these festivities, the different local police of the province have launched more or less extensive operations to neutralise them and arrest their organisers. In the capital, in mid-August, officers discovered a secret party in the El Viso industrial estate in which around 60 people participated.

Similarly, in Marbella, they explain that last week they managed to stop one of the illegal parties before it started. However, the town’s Security Councillor assures that many of the parties that are advertised as Marbella are being held in Estepona or Mijas because the organisers look for urbanisations that are completely empty so as not to alert the neighbours.

On the last weekend of August, the police broke up a party of more than 100 people on the Valdevaqueros beach, near Tarifa, while 300 saw their drinking party interrupted in Benimaclet and 160 people were caught at a rave in a warehouse in the Barcelona port area.

Social gatherings, including family events, have been limited in several regions, including Madrid and Catalonia, to 10 people, while Murcia is the strictest with a maximum of six people.

It seems like this is not the only country to have this problem. You may also like to read
“Illegal raves taking over, as the youth rebel against lockdown rulings.”