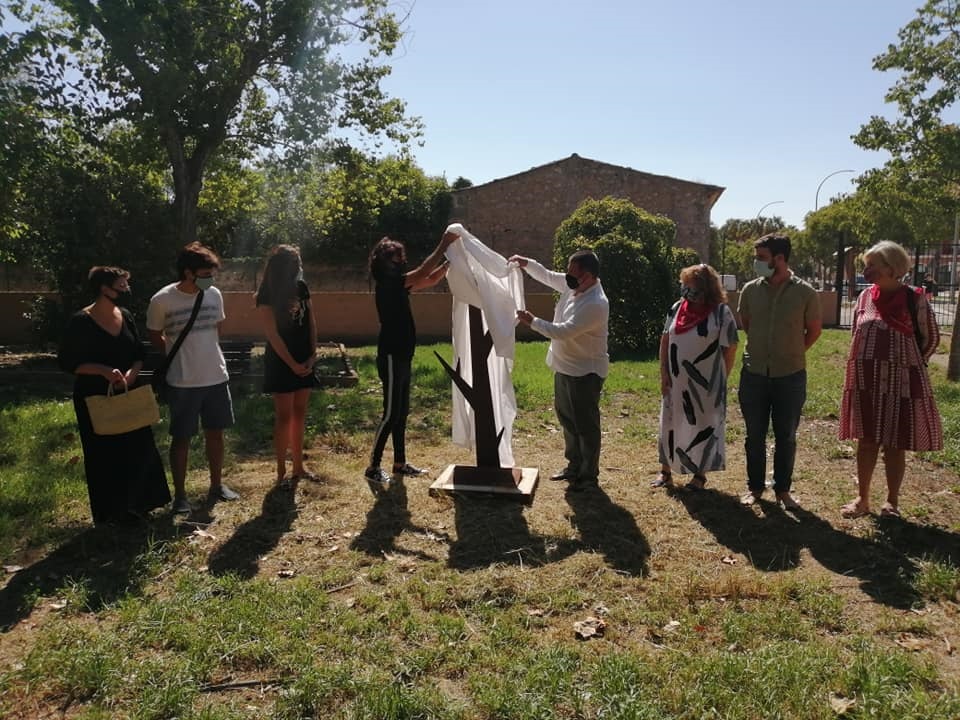 GESTURE: The tree is a tribute to the hundreds of people who died at the hand of the Franco regime in 1936 CREDIT: Ajuntament de Manacor Facebook @ajmanacor

MANACOR has unveiled a Tree of Memory to honour victims of the Franco dictatorship.
The Balearic government’s Democratic Memory and Good Government department, in collaboration with Manacor council, inaugurated the tree at the locality’s old cemetery on Sunday in a tribute to the hundreds of people died in 1936 at the hands of the Franco regime.
The gesture is part of a plan by the Balearic administration to mark significant locations through trees of memory at burial sites in Mallorca, Ibiza, Manacor and Formentera.
This applies whether it is has been possible to exhume and recover the remains of the victims and where it is not technically viable.
Among those attending the act were the Democratic Memory and Good Government autonomous secretary Jesus Jurado, the director general of Democratic Memory Marc Herrera and Manacor Activities and General Services councillor Carles Grimalt.
Also present were the Graves and Missing Persons Commission spokesperson Maite Blazquez and the local historian Antoni Tugores.
Jesus Jurado expressed the view that there was still some way to go before society was fully aware of the Fascist repression’s “level of brutality” in Mallorca from August 1936.
“This Tree of Memory has to serve as a landmark to remember what happened when a military rebellion defeated a democratic government and turned Manacor’s cemeteries into real concentration camps”, he commented.
Charles Grimalt echoed his sentiments.
“Today we take another step towards recovering memory and dignifying a space where there was the brutality in ’36. Remembering makes it possible for it to never happen again”, the councillor said.
“The memory trees are a significant symbol in the long road towards the recognition of the truth of some hidden and silenced facts for many years”, said Maite Blazquez.
“But we must not forget that is still a lot of work to do so that the legitimate claims from the families of our assassinated people are dealt with, that there is just for all of them.”
The Tree of Memory is an iron sculpture created by the architect Sebastiano Rossi, the five branches representing the five Balearic Islands.
The plaque reads: “In memory of the victims of Facism and of the struggle in defence of justice and freedom. In this place between August and September 1936 hundreds of victims assassinated by the Franquist repression were buried. That the commitment to achieving a better, fairer and more equal world should never be forgotten.”
We hope you enjoyed this article “Manacor unveils Tree of Memory to honour victims of the dictatorship”.
Euro Weekly News is delighted to continue be able to bring you a range of News that doesn’t cost you anything but your internet connection. Whether it’s Local Spanish News or International Entertainment News, we’ve got you covered!
For more Local Spanish News from Mallorca, head over the page on the Euro Weekly News website.