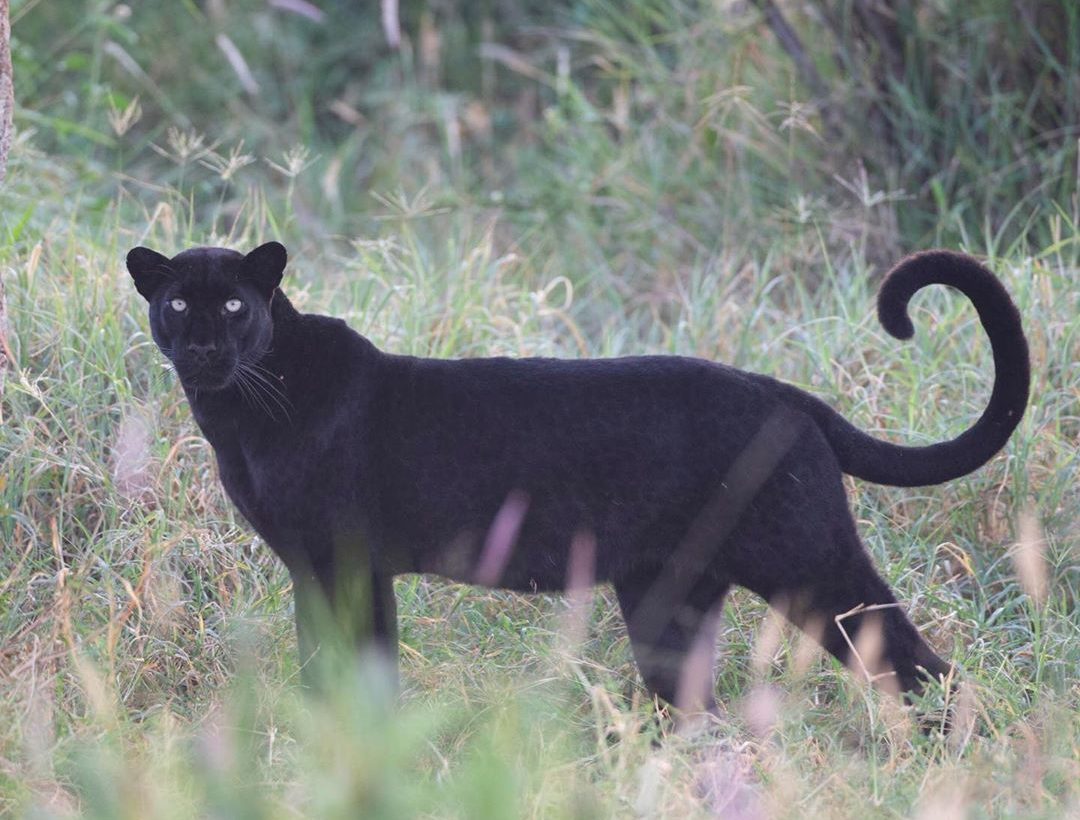 Wild:A panther similar to this one has been spotted. Credit: Twitter

PROOF of a black panther roaming wild in Granada has come to light as a cyclist has managed to photograph the animal clearly and shared the image.
However, now even the most incredulous residents of the town of Ventas de Huelma are worried. The authorities have warned that due to the speed of the animal, which is very elusive, the black panther can constantly change its location and have asked residents to avoid going out into the fields or wooded areas until the Civil Guard manages to capture it.

Through its Facebook page, the Town Hall has spread a message confirming that a resident spotted the animal this Tuesday, September 15, at approximately 2pm, “just 20 metres from his vehicle in the vicinity of the Cortijo de Noniles, located between Acula and Chimeneas.”
A few hours later, late on Tuesday, the same sources reported that they are still searching “in the Barranco Hondo area from Ventas de Huelma to Chimeneas, where the black panther has been sighted.”
The officers have increased the search for this black panther in Ventas de Huelma, as a result of the warning given by some residents last Friday, September 11, when they claimed to have seen the animal on the road next to the castle and in front of the Town Hall.

Civil Guard sources have said that the Seprona and Seguridad Ciudadana media deployed, in collaboration with the Environment, a helicopter on Monday afternoon, with thermal cameras to search through the night. in order to ensure that this animal “actually exists” in the vicinity of Venta de Huelma.

The Ayuntamiento de Ventas de Huelma alerted this past Saturday, September 12, of the warning from its residents. In a Facebook post, the Consistory reported that Environmental officers inspected the area where the panther was sighted, without finding a trace of the animal, and that they would continue to visit the area for a few days and at different times.

The Consistory has asked please that if anyone sees the black panther, they should not go closer and contact Emergency Services. Also through Facebook, this Monday, the Town Hall has reported that, on the afternoon of this past Sunday, September 13, a member of Seguridad Ciudadana who is doing tracking work claimed to have seen her on the road, towards Agrón.

We hope you enjoyed this article “Black panther spotted roaming Granada areas”.
You may also enjoy reading “Appeal created to help 4-year-old Carlota in race to save her limbs.”
Euro Weekly News is delighted to continue to be able to bring you a range of News that doesn’t cost you anything but your internet connection. Whether it’s Local Spanish News or International Entertainment News, we’ve got you covered!
For more Local Spanish News from the Axarquia region, head over the page on the Euro Weekly News website.
Euro Weekly News, the people’s paper, we lead others follow!