Healthcare staff in Madrid unprepared for second wave of Covid 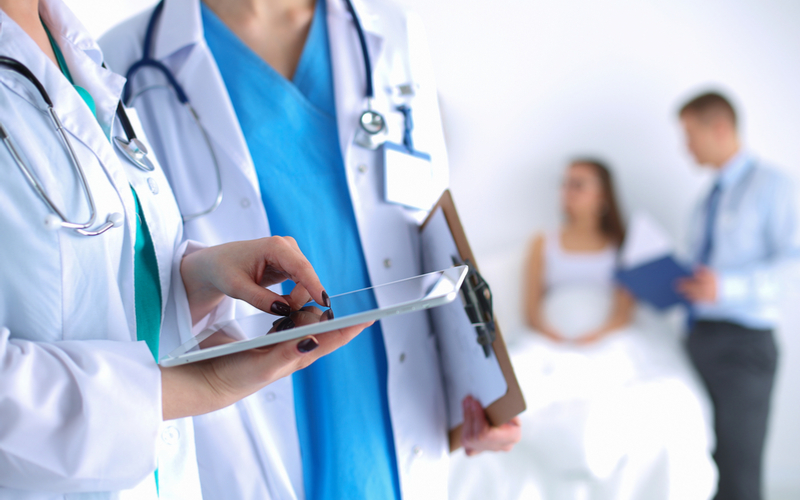 MADRID’S primary healthcare staff are struggling as they try to cope with the second wave of Covid-19 in understaffed hospitals.

According to unions, doctors are faced with an average of more than 80 patients during a single shift, with their efforts compensating for a shortfall of 600 physicians and 150 paediatricians in the region.

The healthcare staff are really being pushed to their limits as they are faced with queues of patients arriving without appointments.

Amyts, a union that represents primary care doctors in Madrid, will strike beginning September 28. In a statement, they said that “every day, they [doctors] are facing unmanageable agendas in deplorable working conditions, which prevents them from offering patients any kind of quality care.”

“Primary care is overwhelmed,” stated Jesús Redondo, from the Ramón y Cajal Hospital. “When the State of Alarm was lifted, it looked like we might get a break, but it wasn’t the case. At that point, our staff numbers went down as some people took holidays and others requested leaves. Between late June and now, [the workload] has been growing non-stop, in precarious conditions.”

“The pressure keeps increasing,” agreed Salvador Casado, another doctor. “I used to be able to end my workday and tune out until the next day. But not any more. That’s how stressed I am … some colleagues tell me ‘I’m scared of going in tomorrow.’”

The problems that already existed have been exacerbated by the fact that many members of healthcare staff became infected with the virus, and other centres were temporarily shut down and have not opened again.

Madrid is also one of the regions with the worst primary-doctor-to-patient and nurse-to-patient ratios in the country. It spends the least on public healthcare, and its professionals are third from last on the salary scale, according to national statistics released by the Health Ministry.

President of the Community of Madrid, Isabel Díaz Ayuso, has promised to invest €80 million over three years to make positive changes to the system. The plan “will improve working conditions” and “progressively increase staff numbers with the goal of reducing the pressure.”

However unions believe this offer comes too late, and that the second wave could stop this happening. “Those are just headlines,” added Julián Ezquerra, of the medical association Asociación de Médicos y Titulados Superiores. “This same proposal could have been made during the confinement. Right now we are clearly experiencing a new outbreak.”

We hope you enjoyed this article “Healthcare staff in Madrid unprepared for second wave of Covid”.

You may also wish to read “Appeal created to help 4-year-old Carlota in race to save her limbs.”