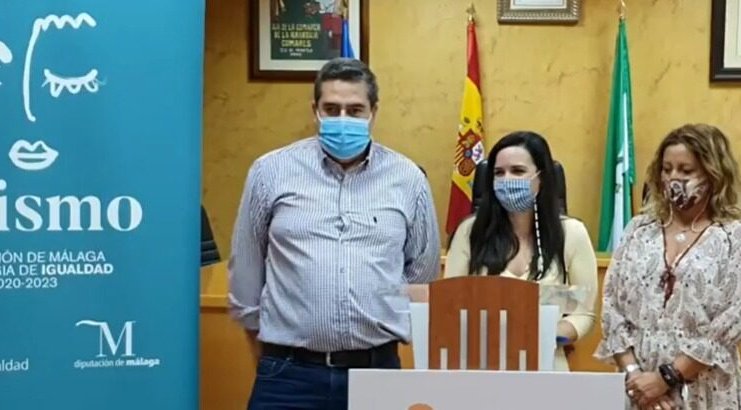 DURING the celebration of the Día Internacional de la Mujer Rural, October 15, the Diputación de Málaga has organised a series of training activities and online meetings where the elimination of the digital gender gap, accentuated in rural areas, will be addressed.

The programming has been presented by the fourth vice president and head of the area of ​​Citizenship and Attention to the Depopulation of the Territory, Natacha Rivas, together with the Deputy for Equality, Lourdes Piña.
Rivas stressed that “this year the meetings will be organised online due to health circumstances, so they will be completely different from what has been done in previous editions. This represents a step forward in online or streaming broadcasting as an alternative to the face-to-face mode and in this way, you can participate in events from anywhere in the province, in addition to interacting and relating to other users, in a similar way as if they shared the same physical space.”
Likewise, the fourth vice president recalled that the activities scheduled for this year 2020 are all aimed at encouraging self-employment in small municipalities, proposing entrepreneurship as an alternative to avoid female unemployment, in addition to facilitating access to digital technology and improving conditions life of women and men trying to eradicate existing gender inequalities.
Rivas has presented the programme of activities that will be developed during the last quarter of the year, composed of the round table cycle ‘Rural and urban’, which includes three virtual meetings that will be held through the Zoom platform on days October 15, 20 and 26; the campaign that will be disseminated on social networks ‘I am a businesswoman’, and the ‘Days of digital transformation and business acceleration’, based on twelve online training meetings.
Three round tables are scheduled to address topics such as agri-food (October 15), information and communication technologies (October 20), and tourism and sports (October 26).
These will feature women entrepreneurs recognised for their prestige in their work environment, such as Chelo Gómez Amion, manager of Dehesa Los Monteros and Emeritus Professor of Economic Theory at UMA; Lidia Fuentes Fernández, Professor of Telematics Engineering at the UMA; María Paz Hurtado Cabrera, president of Hutesa Agroalimentaria; and Manuela Álvarez, director of production of the Japanese multinational based in Malaga TDK.
They will be held in an online format through the Zoom platform, which allows in real time to attend the activity virtually and interact in the session, which will be participatory and dynamic, and will also be broadcast via streaming. Interested parties must register in advance at the email [email protected]
The deputy for equality explained that this campaign will use the social networks Facebook and Instagram to publicise businesswomen who carry out their activities in municipalities with less than 20,000 inhabitants of the province.
“This activity includes twelve training sessions, aimed at women from municipalities with less than 5,000 inhabitants of active age, in an online format, in which up to 50 people may participate. Interested parties should register in advance by e-mail [email protected],” stated Piña.
We hope you enjoyed this article “Diputación de Málaga has organised training activities to coincide with Día Internacional de la Mujer Rural.”.