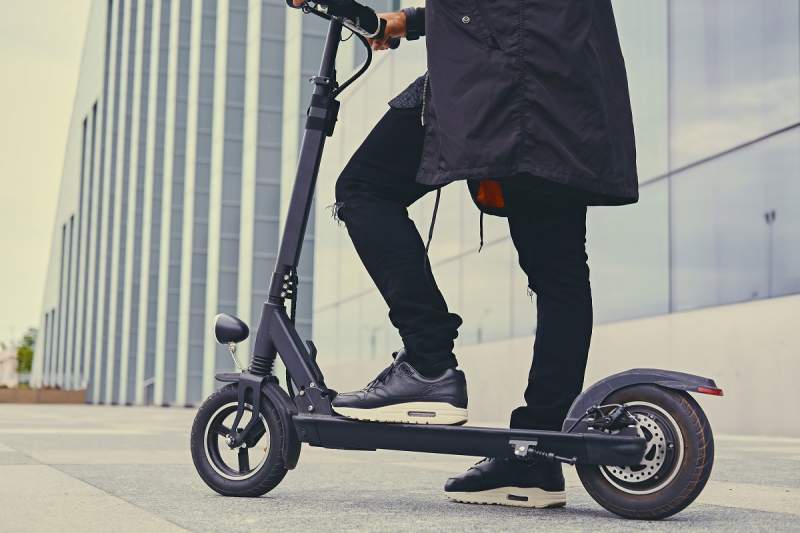 AS part of new traffic regulations, electric scooters will be banned from the pavements throughout Spain.

The Government announced reforms to Traffic Regulations yesterday, Tuesday, November 10, which will come into force on January 2, 2021.
Electric scooters will have to abide by the same rules as other vehicles, and will not be allowed on pavements, interurban roads, through roads, as well as motorways or toll roads which go through towns or in urban tunnels.
Scooter riders will need a circulation certificate which proves that the vehicle meets the technical requirements put in place by the General Traffic Department.
This applies to vehicles of one wheel or more which are designed to be used by only one person, which have electric motors giving them a maximum speed of between six and 25 kilometres per hour. This does not include mobility scooters.
The Interior Minister, Fernando Grande-Marlaska confirmed that the modifications will include stricter punishments for drivers other vehicles caught using their mobile phones at the wheel or fail to wear their seatbelt or helmet. There are also some changes to the permitted speeds.
More information on the new regulations in this article.

Thank you for taking the time to read this news article “Electric scooters banned from pavements”. For more UK daily news, Spanish daily news and Global news stories, visit the Euro Weekly News home page.
Euro Weekly News is delighted to continue to be able to bring you a range of News from around Spain in English and Global News live as it happens.
Euro Weekly News doesn’t cost you anything but your internet connection. Whether it’s bringing you the local Spanish news or the International news today, we’ve got you covered!
Euro Weekly News, the leading free local and national newspaper in Spain, the people’s paper, we lead others follow!