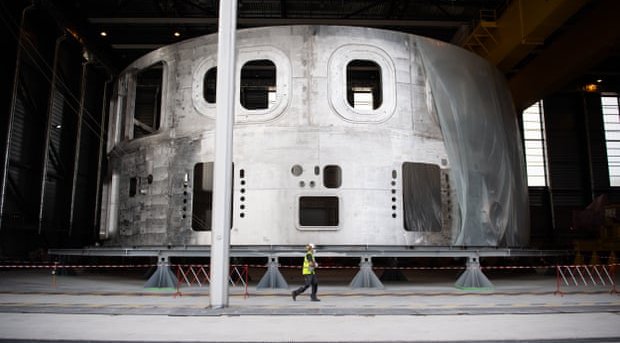 A HOME is being sought for UK’s ground-breaking prototype fusion power plant paving the way to a limitless supply of low carbon, clean energy and help support thousands of new highly-skilled jobs.

Local communities across the UK are being asked to step forward with proposals to house a prototype fusion power plant in a move that could propel them on to the global stage in a world first. The successful bidder could be first in line for thousands of new local highly-skilled jobs, putting them at the heart of the government’s green industrial revolution.
Fusion offers a virtually limitless source of clean electricity by copying the processes that power the sun.
The UK government has invited UK regions and communities on Wednesday, December 2, to put forward proposals to become the home of STEP – the Spherical Tokamak for Energy Production – the UK’s ambitious programme to design and build a prototype fusion plant.
Communities will have until the end of March 2021 to submit their nominations and will need to demonstrate that their local area has just the right mix of social, commercial and technical conditions to host the new plant – such as adequate land conditions, grid connection and water supply.
The successful site will be home to the construction of the plant, targeted for completion by 2040, and will become a global hub for fusion energy and associated industries. This could create thousands of local highly skilled jobs during the construction and operation of the plant, as well as for the local supply chain while attracting a new science and technology hub for the UK.
This follows the Prime Minister’s 10 point plan for a green industrial revolution set out earlier this month which committed to doubling down on the UK’s ambition to be the first country in the world to commercialise fusion energy technology, with £222 million (€245 million) allocated to begin the STEP design work.
Business and Energy Secretary Alok Sharma said: “We want the UK to be a trailblazer in developing fusion energy by capitalising on its incredible potential as a limitless clean energy source that could last for generations to come.

“Communities across the country have an incredible opportunity to secure their place in the history books as the home of STEP, helping the UK to be the first country in the world to commercialise fusion and creating thousands of highly skilled jobs to drive our green industrial revolution.”