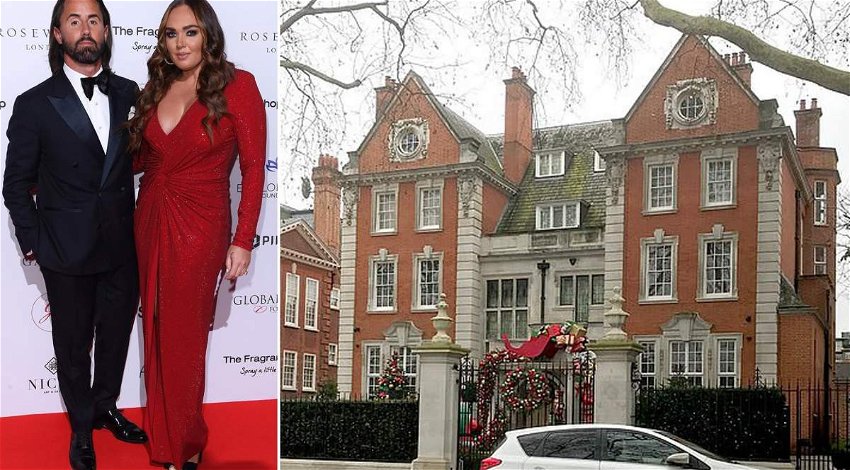 FOUR ALLEGED accomplices to burglaries on the London homes of Tamara Ecclestone, Frank Lampard, and an Indian tycoon have been cleared of their charges.

The quartet of Romanian nationals, aged between 30 and 53, were cleared of charges relating to lucrative burglaries at the luxurious West London homes of socialite Tamara Ecclestone, football legend Frank Lampard, and the family of deceased tycoon Vichai Srivaddhanaprapha in December 2019.

The raids saw £25 million worth of jewellery and cash stolen from the Kensington home of Tamara Ecclestone, which took place while the model and TV star was on a Christmas holiday in Lapland with her husband Jay Rutland and their young son.

English football legend Frank Lampard and his wife Christine had £60,000 worth of watches snatched from their address, while the family of Vichai Srivaddhanaprabha was also targetted. The Thai billionaire owned Leicester FC following their stunning 2016 Premier League victory and died in a helicopter crash two years later.

Prosecutors told Isleworth Crown Court that the four accused were a “supporting cast” to the perpetrators of the brazen robberies, saying the gang had made “big money” by stealing “fabulous jewellery”. The alleged “matriarch” of the group, 48-year old Maria Mester, was cleared of all charges despite Facebook pictures showing her wearing a necklace prosecutors said was stolen from Ms. Ecclestone.

Despite the group being cleared of their charges one of the accused, 30-year old Emil Savastru, will face sentencing last month for the crime of concealment of criminal property. Police arrested him attempting to travel to Japan from Heathrow airport. He was in possession of a Louis Vuitton bag believed to have been stolen from Ms. Ecclestone, and a Tag watch also suspected to be taken during the robberies.