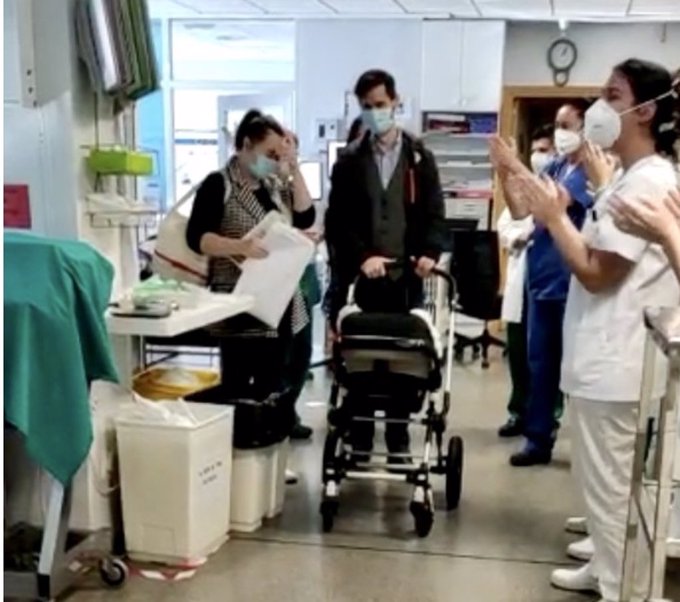 A BABY who was born in the Vithas Valencia October 9 Hospital in perfect condition but at nine days old had to be admitted to the pediatric ICU after testing positive for Covid, has been discharged after spending 70 days in hospital.

According to the health centre, little Petru is one of the “exceptional cases” in which the virus has affected a minor so severely, to the point of having to transfer him to ICU.

The baby boy was born in perfect condition, but was reportedly infected after contact with his brother, who was a carrier of the disease asymptomatically, and his condition began to worsen.

According to sources, it was “a hard road” since Petru initially had respiratory problems and later difficulty in eating that “has required a complex rehabilitation process”.

“His recovery was been slow,” said the hospital adding that, at first, his parents could only see him by videoconference, “a distressing situation until the baby finally tested negative and his parents could be by his side”.

When the “long-awaited day of discharge” arrived, hospital workers lined the corridor to say goodbye to Petru and his mother between applause and emotional messages of encouragement.

Petru, a baby infected with Covid shortly after birth, leaves the ICU on October 9 after 70 days admitted

Upon leaving, the mother, through tears, offered a “heartfelt thank you” and assured “that she felt very supported at all times by all the staff” and stressed that “neither she nor her family will ever forget solidarity and the expressions of affection shown by the entire hospital”.