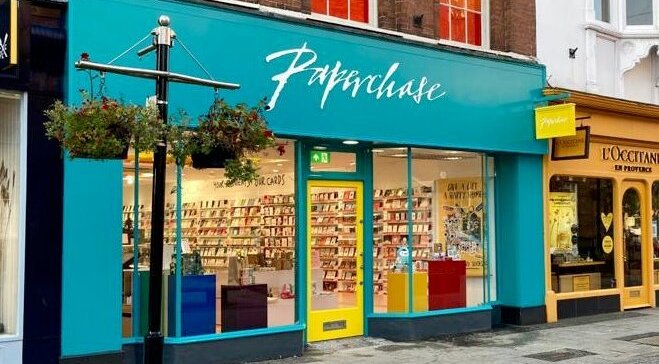 Paperchase is unlikely to remain in business Credit: Paperchase

IT appears that the latest UK High Street casualty will be Paperchase which has been in business for more than 50 years and describes itself as the UK’s number 1 shopping spot for exciting and innovative design-led stationery.

Having seen falling sales even before the pandemic, in 2019 it declared a company voluntary arrangement (CVA), a form of insolvency which allowed it to close unprofitable stores and cut rents, in some cases changing them to a percentage of profit.

Now however with the latest British lockdown and the burden of 127 shops and 1,500 staff as well as a number of in-house concessions, it has had to file papers at court as it plans to call in Administrators as this will protect the company from its creditors for 10 days.

Originally a private company with a single shop which was set up in London in 1968, the brand grew and eventually WH Smith invested in it, before it was sold to the Borders Group and then it was subject to a management buyout in 2010.

One of the problems for Paperchase has been the fact that it has sales outlets at a number of major railways stations and with more people working from home, those outlets as well as their High Street shops were badly hit.

Online sales have increased but not by enough to balance the lack of sales through the stores and as up to 40 per cent of turnover traditionally takes place in November and December, Tier 4 restrictions were the last straw.

Thank you for taking the time to read this news article “Stationery icon Paperchase has said it will call in Administrators as losses mount”.