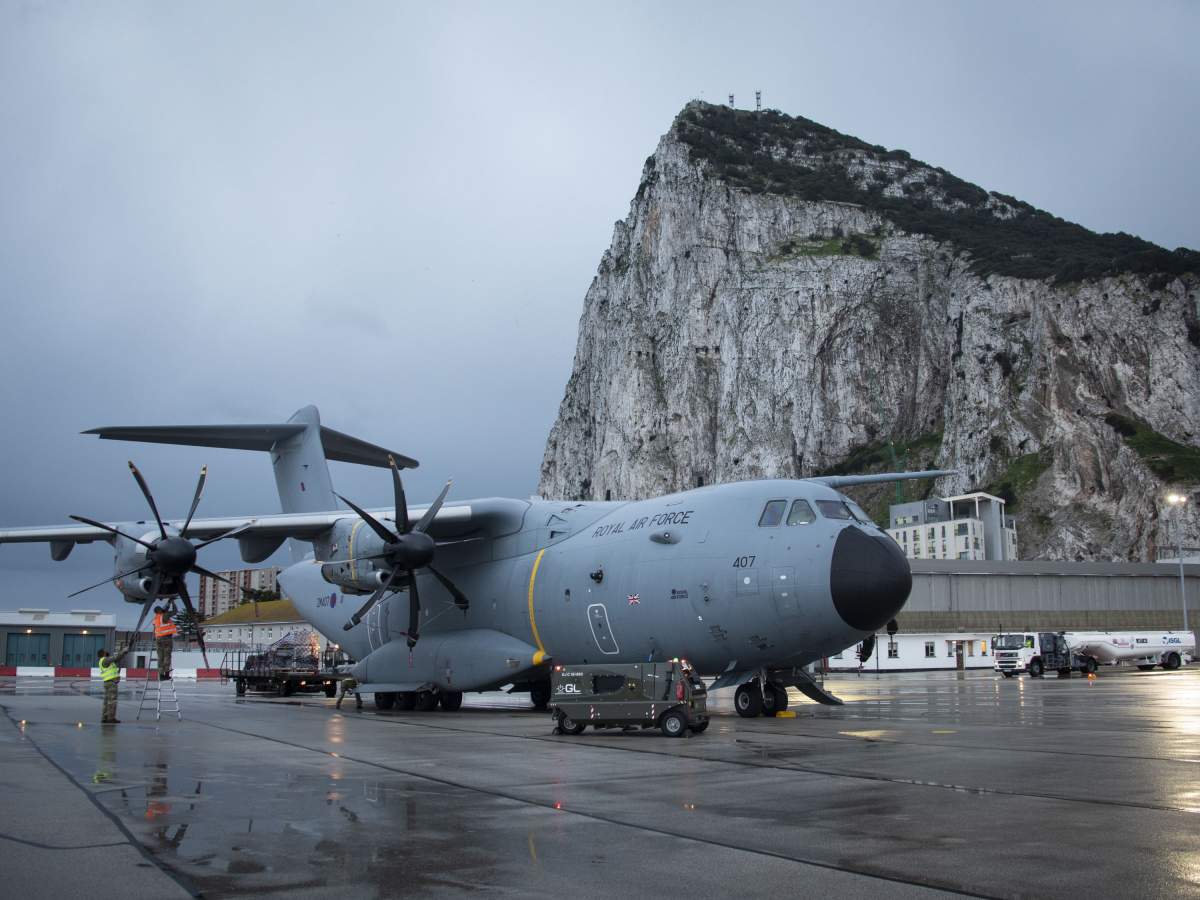 A contract worth over £230 million for the RAF’s Poseidon Maritime Aircraft fleet has been signed. Image: MoD

AS it was announced that there is a slight easing of the rate of Covid-19 infections in Gibraltar, the RAF flew in 6,000 doses of the Pfizer vaccine packed in dry ice on Saturday January 9 which were immediately transferred to St Bernard’s Hospital.

In the first instance the elderly and front-line workers will be invited to take injections and then as more vaccine arrives, so, more members of the Gibraltar population will be inoculated.

In the meantime, whilst the lockdown on the Rock still continues, both British Airways and EasyJet have both indicated that although they will reduce services, they will still continue to fly into Gibraltar.

With effect from Monday January 11, all international arrivals to England including UK nationals, are required to present a negative Covid-19 test taken up to 72 hours prior to departure.

Gibraltar Minister of Transport Vijay Daryanani MP, said, “I am sure that all those who need to travel for essential purposes and our business community will welcome this.

“As in all these situations, this may be subject to change but we will be kept informed of any alterations to the schedules.”

Now that Gibraltar is currently outside of the EU, a ferry arrived in the port from Algeciras carrying goods of animal origin from the United Kingdom to Gibraltar.

This means that goods of animal origin in transit from the UK to Gibraltar have to enter the EU through a Border Control Post (BCP) generally in France and then exit through the nearest BCP situated in Algeciras.


They then transit in a ferry across the Bay to Gibraltar. The ferry, owned and operated by German company FRS, has allocated at least ten slots to trucks and lorries destined for Gibraltar in each vessel and six such sailings a week are expected.

Foodstuff and general goods produced and shipped via an EU member state will still be able to enter via the existing land border.

Thank you for taking the time to read this news article “Vaccine arrives on the Rock as airlines confirm they will still run flights”.