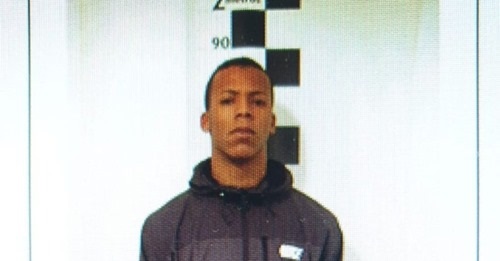 FIVE suspects arrested in connection with the acid attacker apprehended after a high-speed chase
Guardia Civil have arrested five people in connection with Jose Arcadio D. N., a.k.a. El Melillero, who was arrested on Friday night, January 15 after a high-speed motorbike chase in Mijas, Malaga, for throwing acid in the faces of his ex-girlfriend and her pal. The five detainees are being questioned in relating aiding and abetting the concealment and escape of the wanted El Melillero.
According to sources from Operation Tindra, established to hunt down the fugitive, the suspects are all either family members or part of the illegal gang which El Melillero was supposedly part of. According to reports by Informacion, one of those arrested tried to act as a decoy by driving a motorcycle similar to the acid attacker’s at the time of his escape in an attempt to draw police off the scent.
Guardia Civil arrested El Melillero in the municipality of Mijas after he abandoned his motorbike and tried to flee into the mountains, as well as two other people who were with him. Agents later arrested three more suspects who had facilitated the concealment and flight of the attacker in a house between Fuengirola and Mijas.
The two girls who were attacked with acid remain in serious condition in hospitals in Sevilla and Malaga. The attacker’s ex-girlfriend, Sandra, aged 26, has suffered burns to 45 per cent of her body and Councillor Rocio Ruiz reported on January 15 that her condition is critical and doctors fear for her life.
________________________________________________________________________
Thank you for taking the time to read this news article “Five Suspects Arrested In Connection Acid Attacker”. For more UK daily news, Spanish daily news and Global news stories, visit the Euro Weekly News home page.