10 Crimes That Could Put Trump in Jail 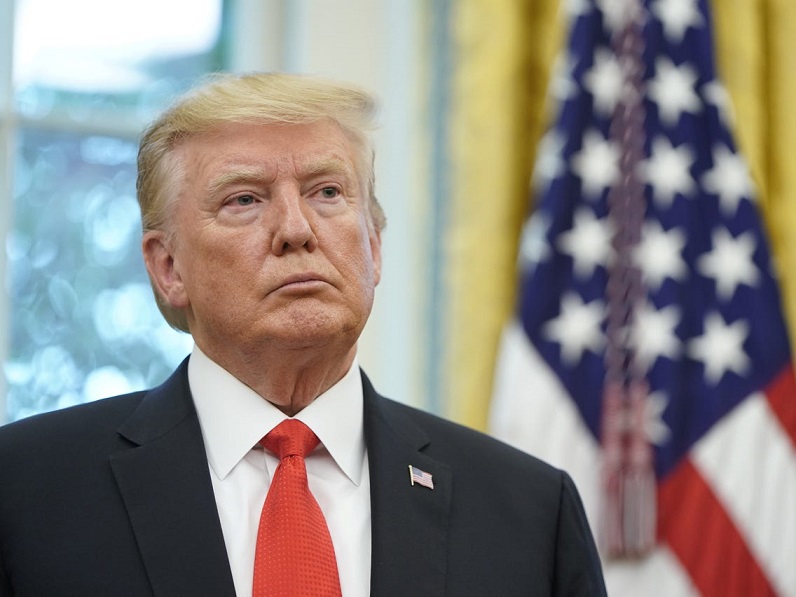 10 Crimes That Could Put Trump in Jail. image: Wikimedia

10 Crimes That Could Put Trump in Jail- Should He Be Worried? Read On.

After losing the 2020 presidential election, Mr Trump, as he will then be known, will soon become a private citizen again. That means he will lose his presidential privileges, putting him in the crosshairs of litigators and prosecutors- and there are a lot!

“Once he is out of office, the atmosphere will change,” Daniel R Alonso, a former US federal and New York state prosecutor said. “He will no longer have the reality or the threat of presidential power to thwart investigations.” A wide-ranging criminal investigation in New York is the most serious legal concern for Mr Trump and his real-estate company, the Trump Organization. On top of that, there is an array of lawsuits ranging from allegations of fraud by a family member to sexual harassment by an advice columnist, a legal storm is brewing.

Here are the 10 crimes that put Trump behind bars, after you read them, you will understand why the President looks lost and worried!

1. The hush-money allegations. Playboy model Karen McDougal, adult film actress Stormy Daniels and claims of a conspiracy of silence. This was the gist of the so-called hush-money scandal. Both women said they had had sexual relationships with Mr Trump and had received payments to keep them quiet, ahead of the 2016 presidential election.

2. The tax and bank fraud investigation. It’s a “political hit job”, a Trump Organization lawyer said of Mr Vance’s inquiry in August 2019. The lawyer’s statement was seething. Mr Vance had just issued a request for documents, known as a subpoena. He demanded to see years of financial records, including the Holy Grail – Mr Trump’s tax returns, eight years of them.

4. The emoluments cases. An emolument is an archaic word that is seldom used today, except in legal contexts. The definition is contested, but it is generally understood to mean gain, profit or advantage from employment or holding public office. Trump has been accused of breaking rules against “emoluments” during his presidency. These rules, known as the emoluments clauses, were written into the country’s bedrock legal text, the US Constitution.

5. The sexual misconduct lawsuits. Mr Trump has been accused of sexual misconduct by multiple women whose allegations span decades. Mr Trump has denied all the allegations, dismissing them as “fake news”, political smears and conspiracies. Many of the accusers came forward ahead of Mr Trump’s election win in 2016. Mr Trump vowed to sue them all but, as yet, has not done so. Instead, some of the accusers have sued Mr Trump. Two of those women have filed defamation lawsuits against Mr Trump for calling them liars.

6. The Mary Trump lawsuit. “Fraud was not just the family business – it was a way of life,” reads the first line of Mary Trump’s lawsuit against her uncle Donald. As an opening salvo, it could hardly be more contemptuous. It mirrors the animosity of Ms Trump’s newly released memoir, in which she chastises her uncle as a “narcissist” who threatens the life of every American.

7. Obstruction of justice. A report by Robert Mueller, below, into Russian interference in the 2016 election detailed times Trump may have obstructed justice. They included putting pressure on then-FBI Director James Comey to drop a probe into the now-disgraced former national security adviser, Michael Flynn. But the Mueller team took the US Justice Department’s official position that a sitting president cannot be indicted.

8. Election charges. In the final days of his presidency, while claiming November’s election had been “stolen”, Trump may have set himself up for criminal charges. He pressured officials in Georgia to “find” enough votes to overturn his defeat.

9. Marketing fraud. Trump and his three eldest children were sued for fraud in 2018 over their endorsement on Celebrity Apprentice of ACN Opportunity LLC. The marketing company later went bust. Plaintiffs said the Trumps persuaded them to invest hundreds of thousands of dollars in ACN’s desktop video phone service, only for it to be quickly eclipsed by smartphones. It will be much easier for the plaintiffs to request documents from Trump or even compel him to testify at a trial after he leaves office.

10. Apprentice star. Former contestant Summer Zervos, below, claimed a few weeks before the 2016 election that Trump kissed and groped her in 2007. He denied her claims and called his accuser a liar. She then sued him for defamation in 2017. Trump agreed to testify, but his attorneys were able to postpone it pending an appeal court decision due this year. He will lose the ability to argue presidential immunity, which was already a long shot due to legal precedent.

Trump loves social media but the problem now is there are the tech companies that canceled Trump’s once-heavily followed social media accounts: Twitter, Facebook and Instagram, among others.

Trump faces a loss of access to capital as well. Deutsche Bank had been Trump’s go-to lender for years. Without it, he may be hard-pressed to get the funding to launch any new ventures or refinance old debts.

Mr Biden will issue decrees to reverse President Trump’s travel bans and re-join the Paris climate accord on his first day, according to reports. The president-elect is also expected to focus on reuniting families separated at the US-Mexico border and to issue mandates on Covid-19 and mask-wearing. He will be inaugurated on Wednesday.

All 50 US states are on high alert for possible violence in the run-up to the inauguration ceremony, with National Guard troops deployed in their thousands to guard Washington DC.