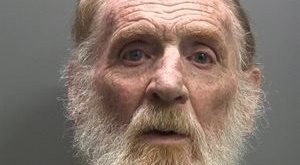 JUSTICE finally served as a man is jailed for 20 years for rapes that were committed in the 1990s.

Harold Nicholson, aged 71, of Holywell Crescent, was sentenced by Carlisle Crown Court on January 25 to 20 years in jail for five counts of rape.

The crimes were committed against a girl in Carlisle during the early 1990s, although it was not until 2019 that they were reported to the police. Nicholson was tried last November and found guilty, and was sentenced on Monday.

The police wanted to highlight the fact that no matter how old the crime, serious sexual assaults will be looked into and the perpetrators made accountable.

Detective Constable Kerry Gibson, for North Cumbria Crime and Safeguarding Team said, “I would like to praise the victim’s bravery in coming forward and speaking to us in order to bring her abuser to justice years after the offences occurred.

“It is understandably difficult and distressing for victims of rape to talk about what happened to them, but the courage this victim has shown has enabled us to provide justice.

“There is no doubt that Nicholson’s actions have had a profound impact on the victim’s life, but I hope she and her family feel able to try and move forward now that justice has been done.

“I hope that this sentence sends a clear message to the perpetrators that no matter how much time has passed, serious sexual assaults will not be tolerated by Cumbria Constabulary and we will do everything within our power to hold them accountable for their actions and bring them to justice.”

Thank you for taking the time to read this news article “Justice as Man Jailed for 20 Years for Rapes Committed in The 1990s”. For more UK daily news, Spanish daily news and Global news stories, visit the Euro Weekly News home page.