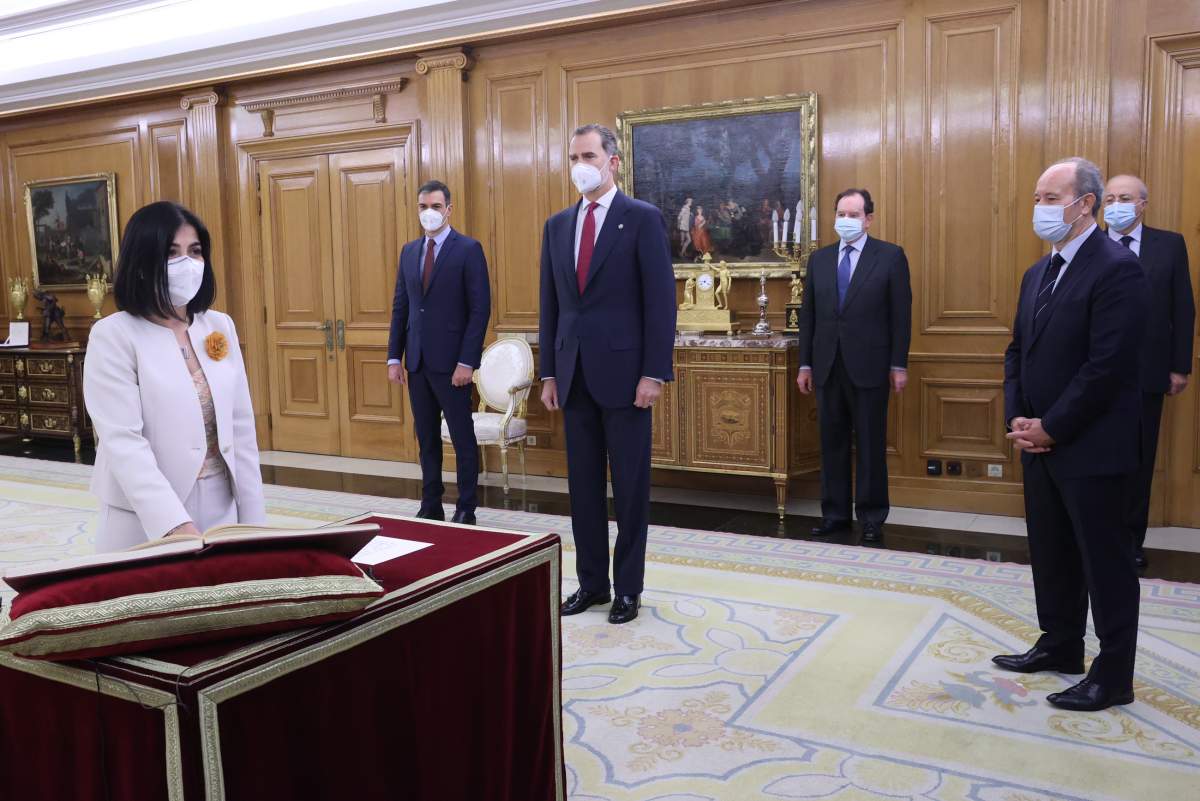 AUTONOMOUS Communities including Andalucia want changes now.
Although the resignation of Salvador Illa as Spain’s Minister of Health to fight in the upcoming Catalonian election had been announced some time ago, his decision was not welcomed by all.
Having been in post for a year and having been at the forefront of decision making with regards to the Covid-19 pandemic, he had experience which may well be missed, especially as there is still no guarantee that the Catalan elections will even take place in February.
His successor Carolina Darias, has first hand experience of coronavirus as it was reported in March of last year that she had been infected but soon returned to her position as Minister of Territorial Policy and the Civil Service.
In this role, the politician from the Canary Islands dealt with matters arising from the Autonomous Communities and therefore has knowledge of many of the politicians running them.
Salvador Illa and the Spanish Government have rejected repeated calls from different leaders of the Autonomous Communities to impose further restrictions across the Country, or at least allow the Communities to do so themselves.
Now it is clear that further approaches will be made to the new Minister at the Interterritorial Council of Health asking her to obtain Government approval to at least change the permitted curfew times from a 10pm start to an 8pm start.
Many want to go further and see another lockdown imposed but this is something that the Government has made abundantly clear it is against, saying it will not sanction home confinement but believes that the actions it has taken will resolve the situation.
Politicians in the Autonomous Communities are in a difficult position as they see the decision by the Sanchez Government to refuse extending the restrictions as a ‘cop out’ which puts the onus on Community politicians who are not able to implement all that they want to do.
The fact is that they are now placed into a position of ‘encouraging’ local residents to implement a personal curfew from 8pm but this can’t be enforced although with the closure of bars and restaurants as well as non-essential businesses across the majority of municipalities on the Costa del Sol, there isn’t much reason for going out anyway.
In the case of Andalucia, the Junta wants to impose an earlier curfew and has seen the number of infections rise quickly after the Christmas and Three Kings holidays but there are some strange anomalies with many municipalities on the Costa del Sol and Axarquia seeing infection rates breaking 1,000 per 100,000 yet some towns at the time of writing such as Benahavis haven’t even reached 500.
In theory, that municipality has no perimeter closure, yet right next door both Estepona and Marbella are in Level 4 Grade 2 and residents have much tighter restrictions but for Benahavis residents there might as well be a perimeter closure unless they want to visit Istan.
So worried about the continued rise of infections in certain provinces is the Junta de Andalucia that Health Minister, Jesús Aguirre has confirmed that he is seriously considering transferring patients from hospitals in the worst affected areas to those which are not overwhelmed with illness.
In the case of Malaga Province, Cordoba appears to be the most likely choice and President of the Junta, Juanma Moreno has announced that he intends to recruit private hospitals to take patients, both those suffering from ‘traditional’ illnesses and Covid with the Junta paying all costs of their care.
Civil unrest is becoming a problem in certain European countries and this must weight heavily on the minds of both politicians in Autonomous Communities and the National Government so they have to walk a fine line between imposing restrictions for people’s safety and appearing to be heavy handed and uncaring.
The vaccine is being administered across Spain with the elderly and many front-line workers being inoculated first, so the hope is that for the future, the virus will be contained and that in areas such as the Costa del Sol, tourism will eventually return to help salvage the local economy.
At the end of the day, it is down to every person to act responsibly and not knowingly flout the regulations as it is clear that every Government in Europe is following similar ways of coping and that no alternative has appeared as yet which gives an immediate solution.
Thank you for taking the time to read this news article “Autonomous Communities including Andalucia want changes now”.