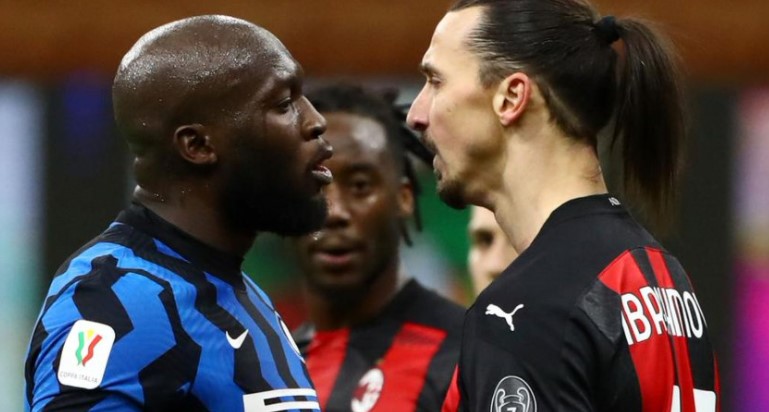 Ibrahimovic and Lukakau were one time team-mates at Manchester United, but there appeared to be no love lost as they squared up to one another during the Coppa Italia quarter-final derby match between Lulaku’s Inter Milan and Ibrahimovic’s AC Milan, exchanging expletive-ridden words.

Both men received a yellow card for their part in the bust-up, with both players guilty of losing their tempers and using foul language, but the alleged racist remarks made by Ibrahimovic to Lukaku have now become the focal point of an investigation.

The Swedish star is alleged to have said, “Call your mother, do your voodoo sh*t,”, with Lukaku reportedly replying, “F**k you and your wife, you little b***h”.

The voodoo reference is what has caused the racist problem, but there does seem to be a logical explanation for the use of the words, relating back to January 207, when Lukaku was an Everton player and the Belgian forward rejected a contract extension offered by Farhad Moshiri, Everton’s major shareholder, who then claimed that voodoo was to blame for Lukaku’s rejection.

Moshiri said, “We offered him a better deal than Chelsea and his agent came to Finch Farm to sign the contract. Robert Elstone, Everton’s chief executive was there, everything was in place, there were a few reporters outside, then in the meeting Rom called his mother”.

He continued, “He said she was on a pilgrimage in Africa or somewhere and he had a voodoo, and he got the message that he needs to go to Chelsea”, with Lukaku of course moving to man United, and being a devout Catholic, he vehemently denied the claims about voodoo made by Moshiri, and threatened him with legal action.

Thank you for taking the time to read this news article “Romelu Lukaku And Zlatan Ibrahimovic Involved In Alleged Racist Bust-Up”.