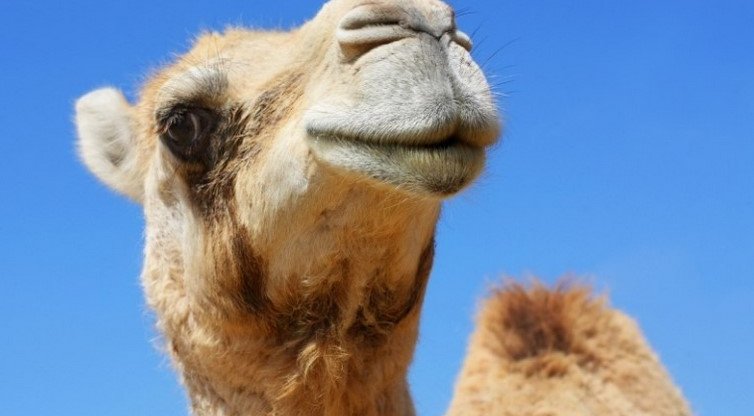 Yes, you read that right. There is such a thing as a beauty pageant for camels. And the rules are very strict, apparently. So found out a veterinarian in Saudi Arabia after he was caught performing plastic surgery on a dozen humped contestants prior to a huge UAE camel competition. According to local paper The National, another clinic was found to be surgically reducing the ear size of the animals to make them look more “delicate” shortly before the pageant.

“They use Botox for the lips, the nose, the upper lips, the lower lips and even the jaw,” Ali Al Mazrouei, the son of a prominent Emirati breeder, told The National.
“It makes the head more inflated so when the camel comes it’s like, ‘Oh look at how big that head is. It has big lips, a big nose.”

Getting disqualified from the month-long King Abdulaziz Camel Festival is certainly something to get the hump over, as there is more than €26million in prize money up for grabs for the beauty contest alone. Those seen to be flouting the rules are treated harshly indeed, as the camel is considered a very important animal in the UAE, with the celebration drawing hundreds of thousands of people.

“The camel is a symbol of Saudi Arabia,” explained the chief judge of the show, Fawzan al-Madi. “We used to preserve it out of necessity, now we preserve it as a pastime.”

The festival, held just 90 minutes outside the capital of Riyadh, features food stalls and souvenir shops, stores selling every kind of camel product imaginable, as well as a petting zoo showcasing the world’s biggest and smallest camels.

“The vision is for the (festival) to become a global, pioneering forum for all classes of people to come for entertainment, knowledge and competition,” explained Fahd al-Semmari, Camel Club board member.