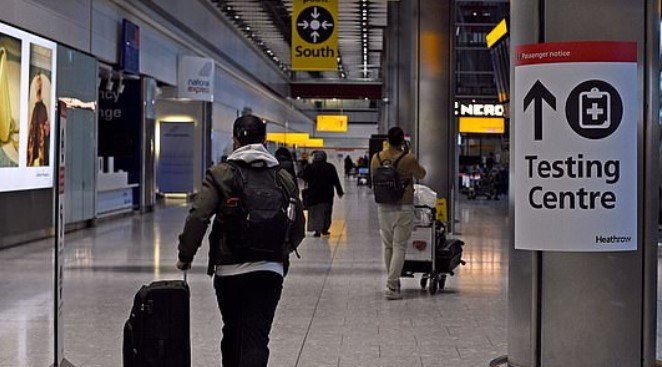 Passengers Arriving Into The UK Might Have To Take FOUR Covid-19 Tests, and Pay for them All

The UK Government confirmed earlier this week that all passengers entering the country, after February 15, from any of the 33 countries on the ‘red list’ will now have to quarantine in a hotel for 10 days.

Now, a report that was seen last night by MailOnline, says that the Health Secretary Matt Hancock is expected to make another announcement next week, to also come into force on February 15, of a mandatory testing regime for any travellers entering the UK from countries that are not on that list.

Reportedly, those passengers will have to isolate at home and conduct three mandatory coronavirus tests during their isolation, with the option of a fourth test taken halfway through the quarantine period which, if negative, could allow them to leave isolation early.

The traveller has to pay for all of the tests, with the expected price of the tests at present unknown, but currently, private patients can pay as much as £150 for one test, which of course means all four tests possibly costing one person £600, and the report claims that anybody refusing to take the tests will be fined.

The expected format will be as per the current rule, the first test must be taken 72 hours prior to flying, then, once in their home, travellers must start the 10-day quarantine, and on their second day, take a second mandatory test.

Sources say the tests are likely to be a PCR test, which will be posted to Britons to carry out themselves, or, after filling in a passenger locator form, they could be given the location of their nearest coronavirus testing centre.

They will then have the option to take the third test on the fifth day of the quarantine, which, if negative, allows them to leave isolation early, but, a fourth mandatory test still has to be carried out on day eight.

It is not yet known whether people who test negative on day five still have to get tested on day eight.

Thank you for taking the time to read this news article “Passengers Arriving Into The UK Might Have To Take FOUR Covid-19 Tests”.