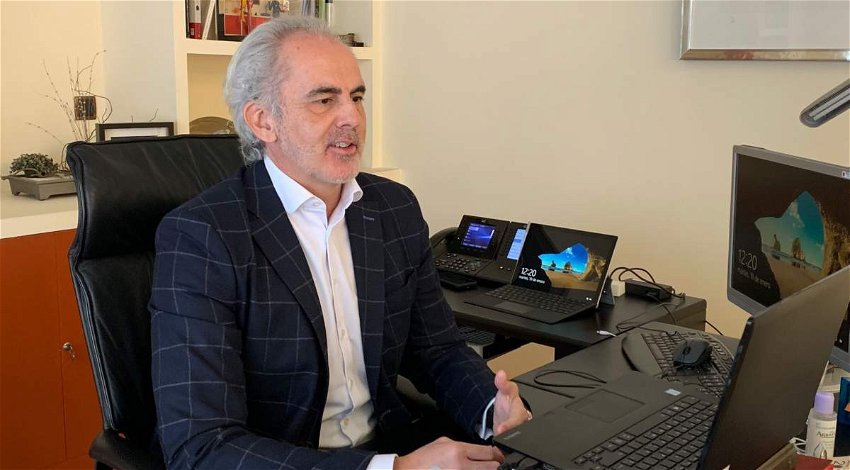 THE Minister of Health of the Community of Madrid, Enrique Ruiz Escudero, has requested that national travellers or residents in Spain must observe a mandatory 10-day quarantine when arriving into Spain from Brazil or South Africa. Escudero has made his request to the Minister of Health, Carolina Darias.

“In January we demanded the suspension of flights with Brazil and South Africa due to the new strains of coronavirus detected in these countries”, which, like the British one, “are also characterised by their high degree of transmissibility,” Escudero recalled.

Madrid’s Health Minister continued: “Now I am sending you a new request that I hope will not be delayed because Covid-19 does not understand times, and every day counts,” Escudero said.

Yesterday (February 9), Carolina Darias announced that the country is extending the restriction of flights from the United Kingdom and Brazil, and for travellers with a stopover coming from South Africa. However, the restrictions as pertaining to Brazil and South Africa did not include mandatary quarantines but rather extra testing.

Escudero has been critical of the Spanish Government due to their slow response in suspending flights with the United Kingdom, stating that “due to the extremely high contagion capacity of the British strain, the response was much too slow and now today this variant has an average presence of 20 per cent in the region, reaching 50 per cent in specific samples in some areas.”

The Ministry of Health of the Community of Madrid has confirmed a total of 130 cases of positives in the British variant of Covid-19, of which 28 had a link with the United Kingdom and in 102 in which “this relationship could not be established.”

This is included in the weekly report of the epidemiological situation published by the General Directorate of Public Health yesterday (February 9) from data collected between February 1 and 7.

Likewise, it has also collected data on the Brazilian variant – which only has one confirmed case one at the moment – that of a 44-year-old man who arrived in Spain on January 29 and began experiencing symptoms the same day.