Chinese New Year: Year of the ‘Metal’ Ox Caged by a Pandemic and Economic Crisis 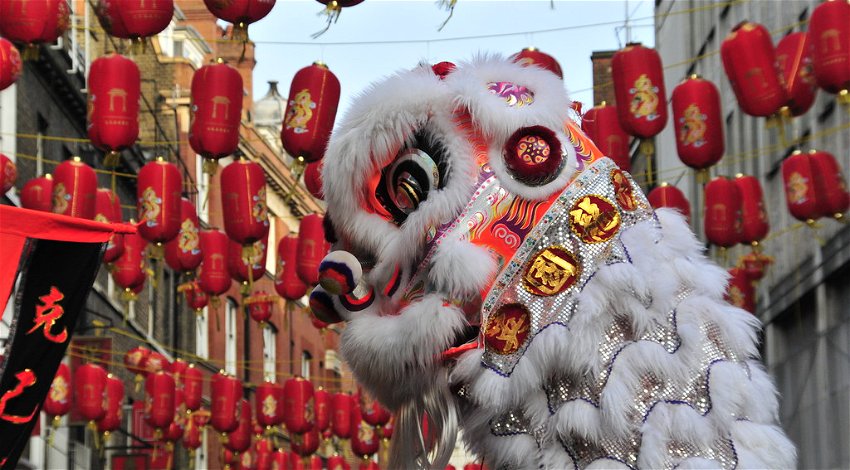 Chinese New Year: Year of the ‘Metal’ Ox Caged by a Pandemic and Economic Crisis.

CHINESE NEW YEAR, also known as the Spring Festival or Lunar New Year, celebrations this year will be unlike any other after the disruptions brought about by the coronavirus pandemic and subsequent restrictions all over the world.

It is easy to forget that the most celebrated Chinese holiday is actually experiencing its second in the ‘Covid era’, in the country where it all began, and the celebrations were also likely to have started the initial spread outside of Wuhan – the epicentre of the initial Covid-19 outbreak.

When Chinese authorities delayed their announcement that the virus was transmittable from person to person or even worse, that it may have already spread outside of Wuhan, it meant that people travelling all over the country to meet up with friends and family for the much-anticipated festivities were unknowingly paving the way for the global pandemic.

Scenes of an overflowing Beijing train station seem like a distant memory now. Last year, travellers in China crammed onto buses, trains and aeroplanes to be with loved ones. This year, in China and around the world, any festivities are likely to be celebrated virtually – with travel bans in force in most countries.

Interestingly, on February 12 we will actually be in the year of the ‘Metal’ Ox which coincidently fits in neatly with a year that will be predominantly be dictated by vaccinations – let’s get technical for a minute.

The CNY is not just made up of zodiac animals. It’s also made up with a complex sexagenary cycle – a combination of one of 10 heavenly stems and one of 12 earthly branches.

According to the sexagenary cycle, February 12 marks the beginning of the xin chou year.

“Xin” represents the heavenly stem for the element metal, while “chou” is the earthly branch symbol for ox, making it the Year of the Metal Ox.

The metal element represents anything sparkly from jewellery to the needle of a syringe.

It is safe to say, the pandemic has forced many to change the way they celebrate Lunar New Year and the Year of the Metal Ox might be as gloomy as the one of the Rat, especially due to the toll the pandemic has had on the global economy.

The world may be looking to shift towards cryptocurrency, with influencers such as billionaire Elon Musk signalling his intent for the world to join him in a cashless society, however, until the almost inevitable switchover happens, the world must come to grips with national economies and businesses counting the costs of the pandemic.

Despite the development of new vaccines, which has been a cause for some optimism, especially for those companies growing rich from their creations, governments are still struggling with new lockdown measures to tackle the spread of the virus, which are crashing economies.

The FTSE, Dow Jones Industrial Average and the Nikkei all saw huge falls as the number of Covid-19 cases grew in the first months of the crisis.

The major Asian and US stock markets have recovered following the announcement of the first vaccine in November, but the FTSE is still in negative territory.

Some controversial conspiracy theorists, including David Icke who has consistently claimed that there is more to the Covid pandemic than meets the eye, even going as far as calling it a “PLANdemic”, have noted that China’s economy has recovered far quicker than most leading them to believe that this was part of the plan.

Whether you believe in conspiracy theories or not, the Year of the Metal Ox is going to be a challenging one for the people of China as well as those around the world – as we face another year with the virus, vaccines and frustrations – however, with the strength of the Ox on our side hopefully, we can make it through to better days ahead.