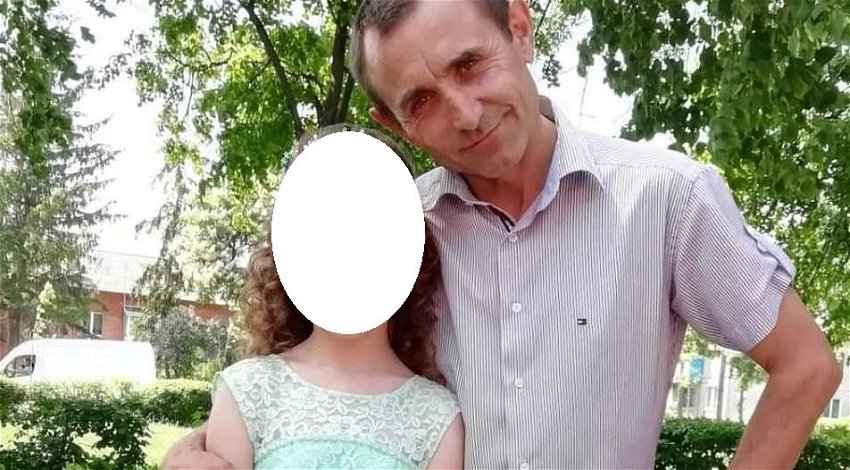 KIDS wake to horrifying stench after ‘dad chops up mum and burns body.’

Fedir Kramar, 48, has been arrested after allegedly murdering his wife before chopping her into pieces and burning her body piece by piece in a wooden stove over a number of days.

According to police reports Kramar admitted that he had hit his wife on her temple which caused her to die instantly, but in order to hide the crime he set about cutting up the mother-of-four’s body.

He chopped the limbs and the head off his wife’s body before keeping them in his garage and gradually burning them in the family home’s stove. When the children asked about their mother and where she was, according to police he told them that ‘their mum was away on business.’

The horrific crime took place in the northern Ukraine in the village of Stavysche. The four children all aged under 10 have now been taken into the temporary care of their godmother.

The father also took the torso of his wife’s corpse to a river where he sank it in a further bid to hide his crime. Police spokeswoman Oksana Barkovska explained to local media that, “The suspect told his children that their mother had gone on a business trip.”

According to Ludmila, a neighbour “Cops found Maryna’s teeth and bits of bone in the stove.” She also spoke of how shocked people were at the demise of the “perfect family” and said, “We all are deeply shocked with what happened.

“Fedir earned good money by doing repairs in houses. Maryna was always with children. She was a loving and caring mother. It was a perfect family.”

The father now faces a potential prison sentence of 15 years if he is found guilty of the horrific crimes.