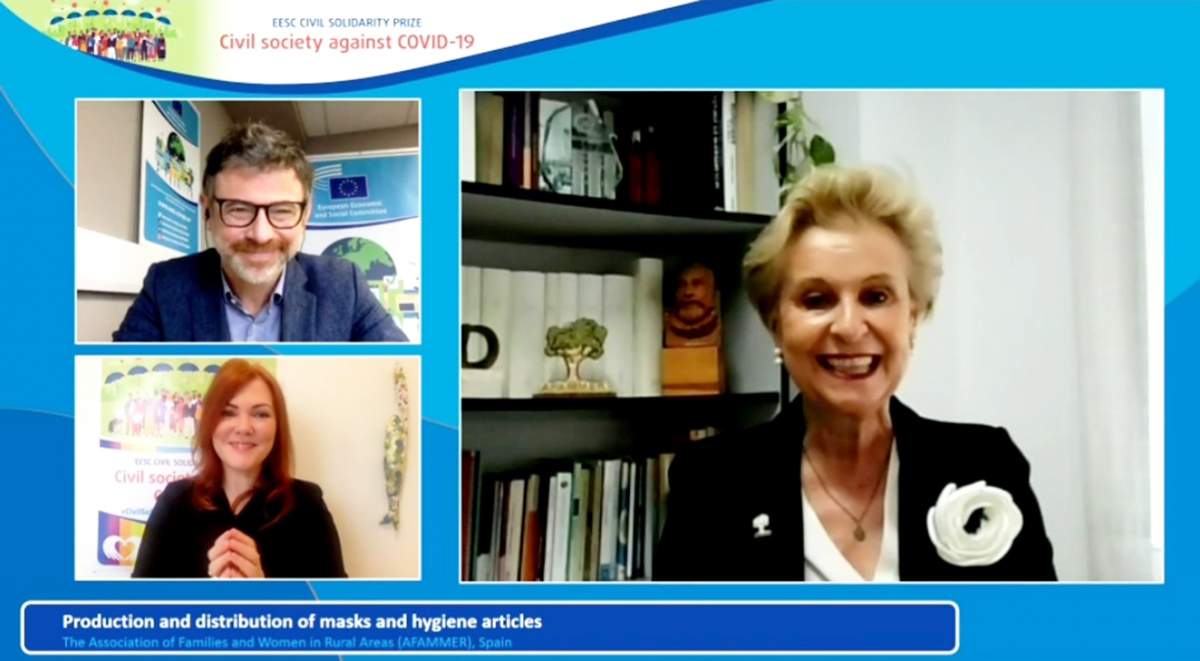 THE Association of Families and Women in Rural Areas (AFAMMER) has been recognised by the European Economic and Social Committee (EESC) with a special award.

The awards are given to projects carried out in EU that have made an exceptional contribution to the fight against Covid-19 and its consequences.

Launched in 2020 on a one-off basis under the slogan “Civil society against Covid-19”, the organisers chose AFAMMER because during the early stages of the pandemic, its members produced half a million masks and other health protection material.

In addition, AFAMMER set up a neighbourhood telephone network with the aim of alleviating the loneliness and isolation suffered by many elderly people during periods of confinement, particularly in rural areas.

At a virtual award ceremony on February 15, all of the projects honoured were present and each will receive a prize of €10,000 to allow the good work to continue.

Carmen Quintanilla Barba, national president of AFAMMER, received the award on behalf of the group and spoke about the important work of rural women saying;

“I would like to recognise the step forward that our women have taken to help all those who have needed us, which is precisely what we do.

“This is exactly the philosophy with which our organisation was born and with which we have tried to contribute to the construction of a better society.

“In this battle that we are fighting globally, as in so many others that we have ahead of us, such as the depopulation of our villages, food security or the productivity of the rural environment and equality of opportunities.”

Thank you for taking the time to read this news article “Recognition for group supporting women in rural areas”.