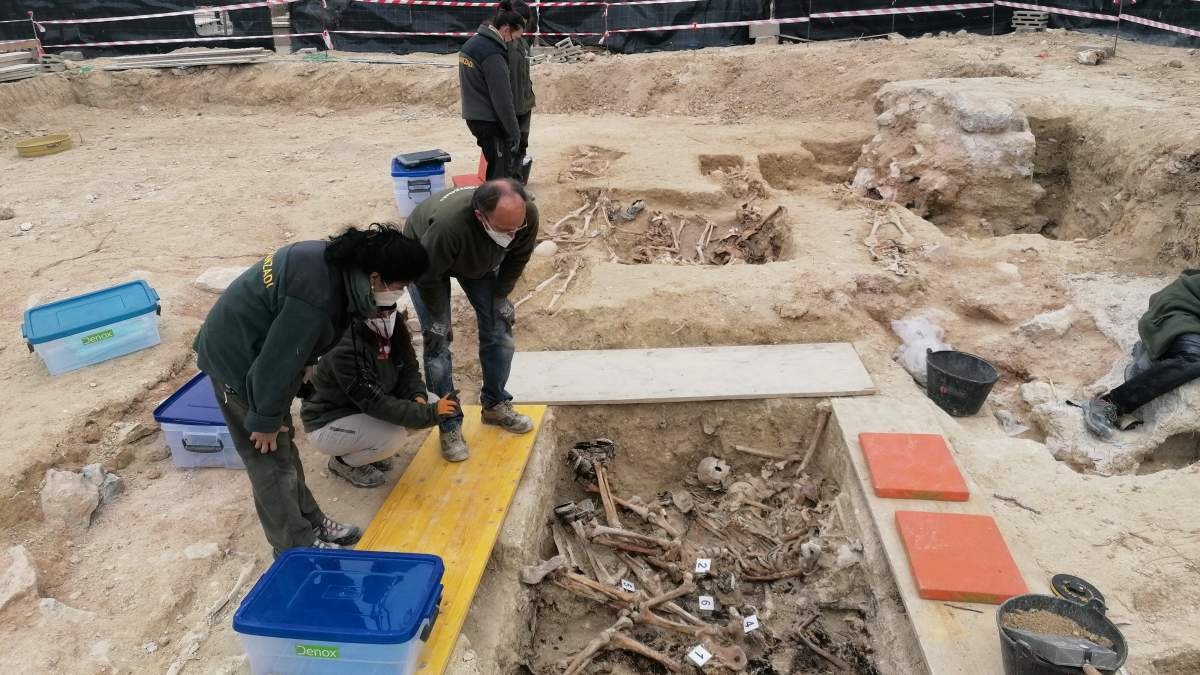 THE second phase of excavations in the Porreres cemetery has uncovered the remains 20 victims from the Civil War, according to the Balearic Government.
The team has continued returned to the cemetery to uncover two suspected graves numbered 10 and 11 and whilst working found some fragments of bones in two new plots which were disturbed earlier when a chapel was built in the middle of the cemetery.
Grave number 10, was located under a concrete slab and when dug out was found to be very deep, containing the remains of nine bodies of males alongside a number of cartridge cases.
In grave number 11, initially the remains of just three individuals were found but it is believed that additional bodies were buried deeper in the pit and after the exhumation of the three bodies, work will continue to expose those below.
Work continues in the cemetery and although this may not be the final number, at least 20 bodies have so far been found or await excavation.
The excavation and exhumation tasks that are being carried out in the municipal cemetery of Porreres are part of the 2018-2019 Pit Plan of the Government of the Balearic Islands, awarded to the Sociedad de Ciencias Aranzadi.
This latest action is a continuation of the work carried out in November 2016, which allowed the exhumation of 49 bodies of victims, of which 14 were identified and the remains were returned to their families.
At that time, nine mass graves were located, which were excavated in their entirety.
Thank you for taking the time to read this news article “At least 20 bodies recovered in Civil War mass burial site”.