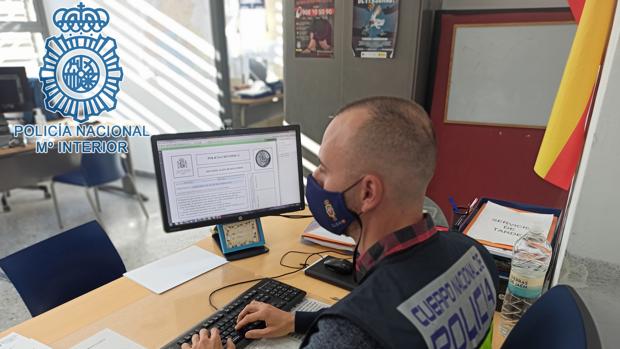 A MAN was arrested in Granada for using 44 false identities to commit fraud in shopping centres and scam up to €1 million.

The detainee had very sophisticated means and technical knowledge that he used to produce high quality false identity documents, the National Police reported.
The National Police report that he got credit cards which he used to defraud between €250,000 and €1 million in Madrid, Murcia, Almeria and Sevilla.
He had been committing the crime for many years and lived under false identities that made it difficult to identify or track him to connect him to the crimes he committed.
The investigation began in June 2020 when the financial section of one of the affected department stores reported fraudulent activity detected in the application for one of the cards that the company offers to its customers.
Police identified him and discovered that he had extensive knowledge on how to operate in the financial market and the techniques necessary to overcome checks carried out by the credit card companies.
He prepared the documentation to contract the cards, showed a false ID and asked for a credit card with a prepaid phone number, a false account number and a postal address to receive it which was in fact an uninhabited address with easy access to the mailbox from the street.
He had them sent to addresses across Spain, but especially Granada, collected them, maxed out the credit, sometimes up to €8,000, withdrawing money from cash points, making purchases in shops and with deferred payments which allowed him to increase his spending.
The details he provided mainly belonged to dead or non-existent people.
Once they identified him, the officers searched his address in Almuñecar, Granada, and found the computers, laser printers, plastic card printers and a hydraulic press used to make the forged documents.
The investigation remains open and more people may be arrested.