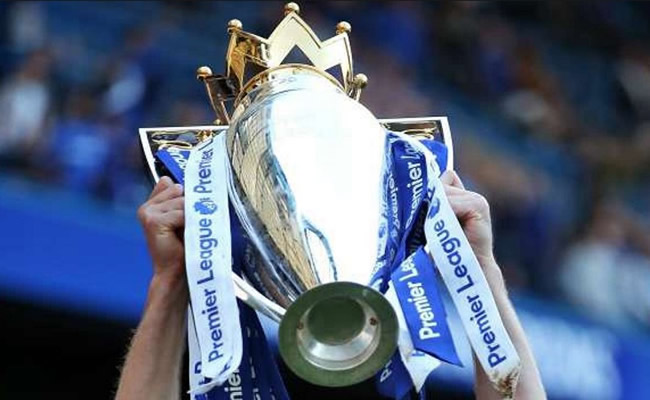 The Premiership’s surprise package of the season, West Ham United, moved up into the fourth Champion’s League spot with a fine 2-1 derby day win over Tottenham at the London Stadium, thanks to goals from Michail Antonio after only five minutes, and Jesse Lingard once again on target for his new club on 47 minutes.

Lucas Moura managed to head a goal to reduce the deficit for Jose Mourinho’s men after 64 minutes, but The Hammers survived a late onslaught to climb up into that all-important fourth spot.

In the match at Villa Park, it was the visitors Leicester City who nicked the three points with a 1-2 victory over Aston Villa, to go up to third, four points clear of West Ham.

Goals from the usual sources of James Maddison on 19 minutes, and Harvey Barnes after 23 minutes, secured the points, with Bertrand Traore volleying home a loose ball after 48 minutes, but Leicester totally controlled the game, with Foxes boss Brendan Rodgers saying his squad has a “greater calmness” this season.

Over at The Emirates, leaders Manchester City stay 10 points clear after a 0-1 win over Arsenal, extending their record-breaking unbeaten run to 18 matches, with Raheem Sterling scoring the only goal of the game with a rare header after only three minutes, as Arsenal stay in 10th position.

Manchester United were comfortable 3-1 winners at Old Trafford against Newcastle, with Marcus Rashford opening the scoring after 30 minutes, only for Allan Saint-Maximin to score a deserved equaliser.

The match turned on 57 minutes when Daniel James re-established the lead for United before Rashford then earned a penalty as he drew a foul from Joe Willock, with Bruno Fernandes stepping up to notch his 22nd goal of the season, leaving Ole Gunnar Solskjaer’s men 10 points adrift of neighbours City.

Thank you for taking the time to read this news article “Premier League Results And Round-Up For Sunday, February 21”.