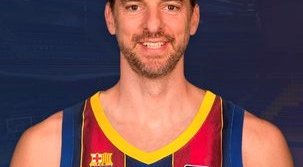 FC Barcelona has announced the return of Pau Gasol until the end of the season for a minimum salary €68,337, a far crime from the figure expected for a player who has played in the NBA for two decades.

Gasol revealed on his Twitter account: “I’m very happy to announce that I’m coming home and that I’ll soon be joining the ranks of Barça’s team”.

“I want to put my skills and experience at the disposal of the club at a key point in the season, while at the same time making progress in my physical condition and getting into the rhythm of competition.

“I’m happy to return to the club where I began, and I’m excited about this new opportunity. I hope to contribute to the first team very soon,” added Gasol, while thanking the technical staff “for making it possible to join them”.

Gasol left Barcelona 20 years ago to head to the NBA, but hasn’t played a game since March 2019 due to injury.

“My wish is to be ready for the Tokyo Olympics this summer,” he said.

It’s rumoured Gasol had hoped to make a big deal of announcing his comeback in the hope of stunning fans, but the negotiations were leaked, and the team and player were forced to confirm rumours earlier than planned.