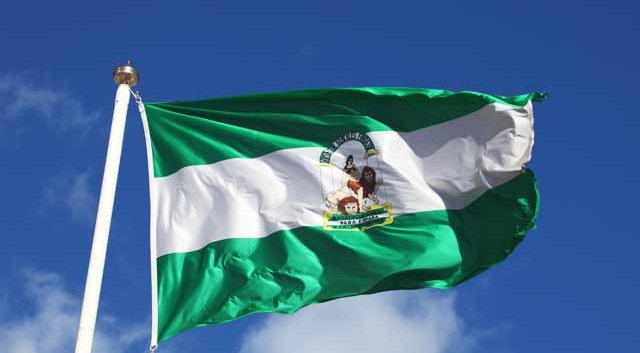 TODAY, Feb. 28, marks the day of the referendum that gave full autonomy to the Andalucían community in southern Spain in 1980 and is a public holiday in the region.

The Andalucían coat of arms features Hercules calmy stroking two lions, between the Pillars of Hercules. According to Roman legends, Hercules was on his way to the garden of Hesperides and used his superhuman strength to smash the mountain of Atlas in two, creating the Strait of Gibraltar. The Rock of Gibraltar, on the Iberian peninsula, and Jebel Musa, in Ceuta, have since been known at the Pillars of Hercules.

According to the Ley 3/1982 on the anthem and shield of Andalucía, Hercules represents the ‘eternal youthful force’ of the human spirit, and the two lions represent the pacification of our powerful animal instincts.

Known as ‘Día de Andalucía’, this holiday commemorates the Statute of Autonomy of Andalucia referendum held on February 28th 1980, in which the Andalucían people voted for the statute that made Andalucía an autonomous community of Spain.

Depending on what day of the week that February 28th falls on, the holiday may be extended to bridge the weekend or moved if it falls on a weekend. While these may not be official holidays, many businesses and shops may close on these days.

Christopher Columbus left for his famous 1492 journey, which led to the discovery of America, from the Andalucían harbour Huelva.

To mark the Day of Andalucía, many towns are decorated with the flag of Andalucía, and green and white bunting is a common sight. Cultural competitions are often held in conjunction with the day.

The word Andalucia derives from Vandalucia, the ‘land of the Vandals’, referring to the notoriously destructive German tribe that settled here in the 3rd and 4th centuries AD. I wonder if that’s where the ‘Costa del Crime’ nickname came from?

This year of course, due to the pandemic, things will be different as large gatherings of people are not allowed although bars and restaurants will be as full as they allowed with Spanish families celebrating the day.