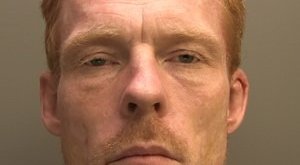 In a shocking attack by a driver a Lincolnshire police officer was run over and left with severe injuries, after she tried to help him when he was found in a supermarket car park slumped over the steering wheel of his car.

Daniel Noddings, aged 37, when approached by DC Sara Willcock started the car and with the door open reversed straight into the officer hitting her and throwing her to the ground. In the shocking attack the officer suffered serious brain injuries to the point where doctors thought she may not survive.

DC Willcock had been attending the Grantham Sainsbury’s store to collect CCTV footage for an investigation when she was alerted to Noddings slumped in the car and she went to help him.

After the horrific attack the officer was left with a fractured skull and serious brain injuries including bleeding on her brain. She spent five days in hospital and a further five weeks being bedbound at home. Months later she has not been able to return to work and is still affected by her injuries.

DC Willcock said: “I have been a police officer for 20 years and have never experienced such a serious assault against me. I cannot believe the level of violence used against me for really no reason at all.

“I went over to him and the ladies from the supermarket to check they were all ok. I’m five feet two, of slight build, I was in plain clothes, softly spoken. I’m not threatening at all.

“The hospital told me that I was lucky it wasn’t a fatal injury. I thought I was going to die. It’s not over exaggerating to say he could have killed me.”

Noddings has been sentenced to jail for a period of 40 months and banned from driving for four years.