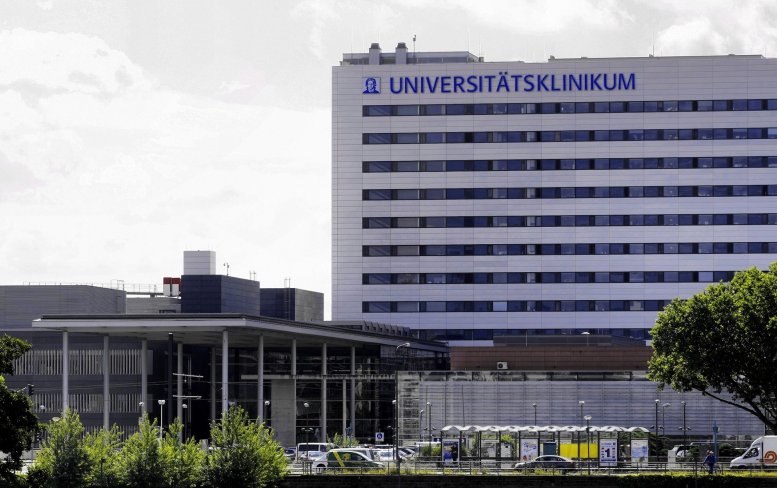 Germany Braces Itself For A Rebound In Coronavirus Infections After Easter Holidays. image: Wikipedia

Germany Braces Itself For A Rebound In Coronavirus Infections After Easter Holidays- Read The Full Report.

The Robert Koch Institute (RKI) has warned this Saturday of an upturn in infections in Germany more serious than the one that occurred at Christmas due to the spread of the British variant of the coronavirus, which already accounts for approximately 50% of infections.

Germans should brace for another 4-5 months of severe measures to halt the rise in coronavirus infections and should not expect the current rules to be eased quickly, Economy Minister Peter Altmaier told weekly Bild am Sonntag.

Thus, the RKI has indicated that the level of 30,000 daily infections could be exceeded. “The extrapolation of the trend shows that the number of cases will exceed the Christmas level from week 14,” said the agency, an official reference on the coronavirus in Germany.

The 14th week begins on Easter Monday and on December 24 the RKI reported 32,195 new infections. The peak was reached at the end of the month with almost 50,000 new cases daily.

The institute recalled that the number of weekly cases “has grown steadily and has doubled approximately every 12 weeks from mid-January to March.” Therefore, “a significant increase” is expected in the coming weeks.

The RKI has warned that the British variant “probably causes more severe disease than other variants, ” although “there is no evidence so far that the approved vaccines are substantially less effective.”

This Saturday’s bulletin includes 239  more deaths from coronavirus, a day after exceeding the threshold of 73,000 deaths. In addition, the RKI has confirmed 12,674 infections, bringing the total to 2,558,445 confirmed cases and 73,301 deaths since the start of the pandemic.

Likewise, it has pointed out that the accumulated incidence rate during the last seven days is 76.1 cases per 100,000 inhabitants, with a total of 63,625 infections detected during the last week and about 132,600 active cases. After several weeks of decline, this indicator has risen again in recent days.

On the other hand, it has been estimated at close to 2,352,600 the total number of people recovered so far from the Covid-19, the disease caused by the new coronavirus, including about 7,000 in the last 24 hours.

The German government approved at the beginning of the month an extension until March 28 of the confinement in the country in order to face the coronavirus, although the authorities have agreed on a strategy of progressive opening.

The head of Germany’s public health agency on Friday warned that the third wave of coronavirus infections has already begun. It comes at a time when the country has started to gradually relax lockdown restrictions, amid a government-led effort to speed up its vaccination roll out to as many adults as possible.

German Chancellor Angela Merkel had previously warned the country could be caught in the third wave of infections if restrictive public health measures were lifted too quickly.

Meanwhile, German tourists prepare to spend Easter in their favourite holiday destinations in Spain, such as Mallorca or the Canary Islands. German airlines such as Lufthansa have increased the frequency of flights and reservations in recent weeks.

The news also comes when the Robert Koch Institute has updated its list of risk areas and has excluded the autonomous communities of the Balearic Islands, Valencia, Castilla-La Mancha, Extremadura, La Rioja and Murcia. For now, the Canary Islands are not among the excluded regions.

Germany is the second source market for tourists to Spain, behind only the United Kingdom. The four autonomous communities that receive the most German travellers are the Balearic Islands, the Canary Islands, Andalusia and Catalonia, hence the lifting of travel restrictions could have significant economic repercussions for these regions, since it would facilitate flights and, therefore, recovery of the local tourism sector at Easter.

On the other hand, thousands of opponents of the measures to contain the coronavirus pandemic have returned to the streets of the country this Saturday, starting with those of Dresden, where hundreds of supporters of the so-called Querdenken (Lateral Thinking) movement, made up of deniers. from the Covid, right-wing activists and anti-vaccine activists took to the streets despite the ban on the demonstration issued by a state court.

“We have been active since the early hours of the morning to enforce the ban,” explained a police spokesman in reference to the protest. Many of the participants did not wear a mask, which is currently mandatory to prevent the spread of the coronavirus. Protesters, meanwhile, chanted slogans that included “The pandemic is over.”

About 1,000 protesters gathered in front of the Ministry of Health in Berlin. According to the Police, 50 people have been detained by the Capital Police.

There have also been protests in the city of Stuttgart, where hundreds of people gathered under the slogan “Enough is enough.” Their number was well above the 750 participants originally registered, according to a police spokesman, who added that between 80 and 90 per cent of the protesters did not wear a mask or maintain a safe distance.

Also on Saturday, the Police broke up a demonstration against the coronavirus containment measures with several thousand participants near the Bavarian State Parliament in Munich. The demonstration was cancelled by the police due to non-compliance with the conditions, “according to a police spokesman. There are also marches in Hannover and Magdeburg.

Thank you for taking the time to read this news article “Germany Braces Itself For A Rebound In Coronavirus Infections After Easter Holidays”. For more UK daily news, Spanish daily news and Global news stories, visit the Euro Weekly News home page.