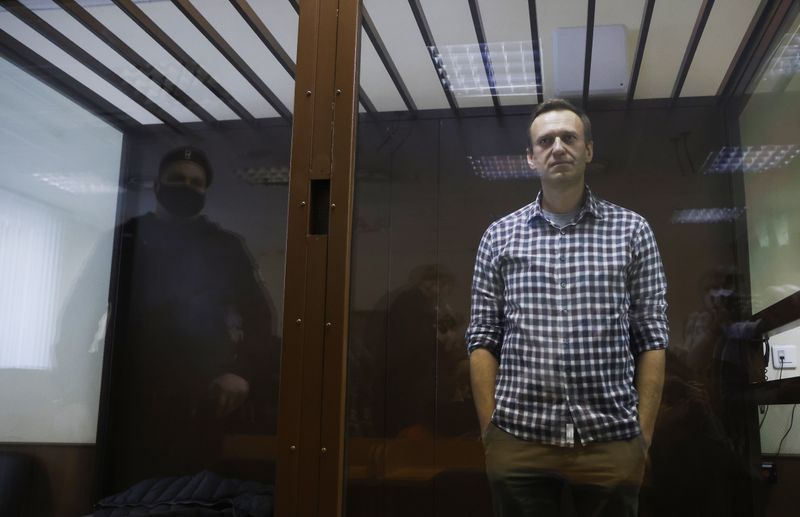 Jailed Kremlin critic Alexei Navalny has turned up on Instagram in one piece after his legal team feared for his safety when it official claimed he had been moved to an undisclosed location on Friday, March 12. There was widespread panic when Navalny’s lawyers weren’t allowed access to their client as planned and they were later told he had been transferred, though prison personnel wouldn’t say to where.

But according to an Instagram post on Monday, March 15, the critic is still in the IK-2 penal camp outside of Moscow, although he appears quite different, sporting a shaved head, and described the prison as a “concentration camp.”

‘I think someone upstairs read Orwell’s 1984 and said, yeah, cool, let’s do this,’ said Navalny, who has been sentenced to two years at the camp ehich enforces daily hard labour as one of the punishments.

‘Video cameras are everywhere, everyone is watched and at the slightest violation they make a report,’ he said.

Joking that he liked the feeling of running his hands over his newly-shaven head, Navalny reassured his supporters that against all odds, he is doing ok.

‘I have to admit that the Russian prison system was able to surprise me. I had no idea that it was possible to arrange a real concentration camp 100km from Moscow.

‘That’s what I call my new home – our friendly concentration camp.

‘Swearing and slang words are prohibited. And this prohibition is strictly enforced. Can you imagine a prison where they don’t swear? A terrible thing.

‘But if you treat everything with humour, then you can live. So, overall, I’m doing well.’

Navalny was arrested in January on his return from Germany following treatment for poisoning with what many Western countries say was a military-grade nerve agent. He was jailed on February 2 for parole violations on what he says were politically motivated charges and sent to the penal colony on March 1.