Tales from the crypt 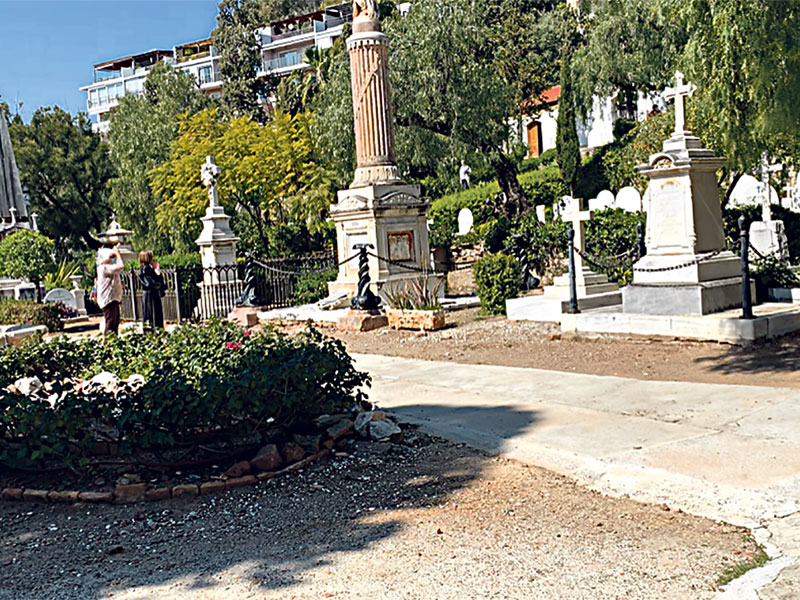 LAST month was the anniversary of my dad’s passing; this month is his birthday month.  The crematorium where we held the ceremony wasn’t a place that I ever feel like going back to. Possibly for this reason I’ve become curious to know more about the English Cemetery in Malaga other than it’s a truly beautiful place to visit, of great historic significance and in financial difficulties.

I decided to visit.

The standard entry fee is €5 (€4 for students and OAPs). Every Sunday Father Louis holds an 11am service and there’s always something for Poppy Day and other emblematic remembrance days.

At the moment they are only opening to the public at weekends and for funeral services; greatly missing the income from the tourists and customary cultural events to help keep the legacy going.

Hopefully some of the funds can be compensated with additional volunteers and not just to tend to the gardens, which require much attention. If you are a handyperson and have any building skills at all, your assistance would also be much appreciated to advance with the memorial garden project amongst others.

The aim is to someday also incorporate a café, a pet cemetery, a designated space for cultural events and to restore some of the older structures. Obviously plenty to be done and plenty volunteers needed. I met loads of great people there so I can also recommend it as a ‘social’; you never know whom you might encounter!

The size of the cemetery is impressive, as are some of the views and stories; not just of those who have been lain to rest, but why it was needed in the first place. Until William Mark became Consul in 1824, anyone who wasn’t Roman Catholic had to be buried at night, upright on the beach.

William Mark obviously didn’t much fancy those prospects and made it his mission to find a solution; by 1831 he did. His own monument is one of the most grandiose and just one of the many Consuls who now also rest there.

You don’t need to take the tour to enjoy the stroll but if you do, you will hear some wonderful stories, such as the origins of the first hotel in Torremolinos, Annie’s Angel and the first federated football club in Spain. One that particularly pulled on my heartstrings was the tale of Dr Nobel, physician and mayor to Leicester.

He was recommended to move to Malaga to improve his health; to then die of Cholera after having been called upon to visit an ailing neighbour and catching the disease himself. On a positive note his descendants opened a charity hospital in his name for the poor and for seafarers.

The English Cemetery is the final resting place of many renowned foreigners of many religions with many interesting anecdotes, so join me today on RTV Marbella for Marbella Now and more tales from the crypt… well from Malaga’s English Cemetery. www.cementerioinglesmalaga.org