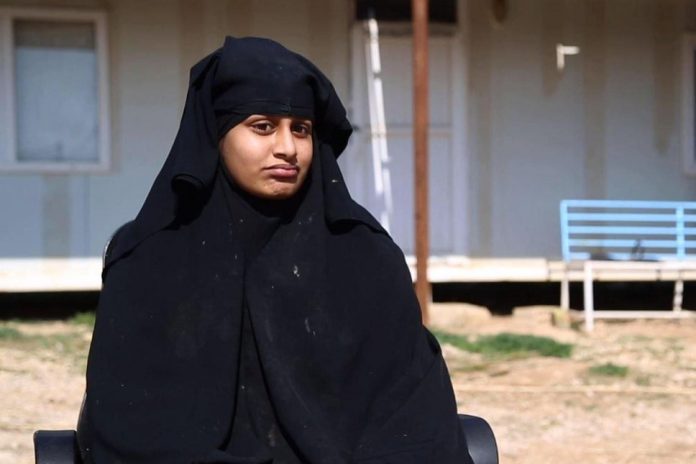 JIHADI bride Shamim Begum has hit the headlines after revealing her western new look, however some are now saying it was faked to help her win her court battle.

Critics are accusing Shamima Begum of faking her new western look to help her win her court battle to return to the UK.

Ms Begum, 21, showed off her new look this week, posing for photographers at a refugee camp in Syria dressed in western clothes in place of the headdress and full length clothes she was previously seen in after joining ISIS at the age of 15.

Speaking in an interview she said she had changed, saying: “I would say to people in the UK, give me a second chance because I was still young when I left.”

However, some believe Ms Begum’s new look has been faked to help her win her case to return to the UK.

Eilish O’Gara, a counter-terrorism analyst with the Henry Jackson Society foreign policy think tank, said: “I would say her change of clothes are a soft tactic advised by her legal team to try to win back the hearts and minds of the British public.”

Ms Begum’s lawyer said the claims were untrue, however.

The news comes after it was announced Shamima Begum will not be allowed to return to the UK to reclaim her British citizenship after losing her court case with the British government.

A ruling las month found Ms Begum should not be granted leave to enter the UK to her appeal against her British citizenship being removed.

The decision by the Supreme Court comes after Begum previously appealed the Home Office decision to remove her British citizenship.

Shamima Begum was 15 and she and two other east London schoolgirls travelled to Syria to join Islamic State in February 2015.

The British government revoked her citizenship on national security grounds shortly after she was found, nine months pregnant, in a Syrian refugee camp in February 2019.

Begum challenged the Home Office’s decision to remove her citizenship and applied to be allowed to return to the UK to pursue her appeal.

An earlier ruling by the Court of Appeal in July found, “the only way in which she can have a fair and effective appeal is to be permitted to come into the UK to pursue her appeal.”

The Home Office challenged that decision in the Supreme Court, arguing allowing her to return to the UK “would create significant national security risks” and expose the public to “an increased risk of terrorism.”

Begum is currently being held at the al-Roj refugee camp in Northern Syria.