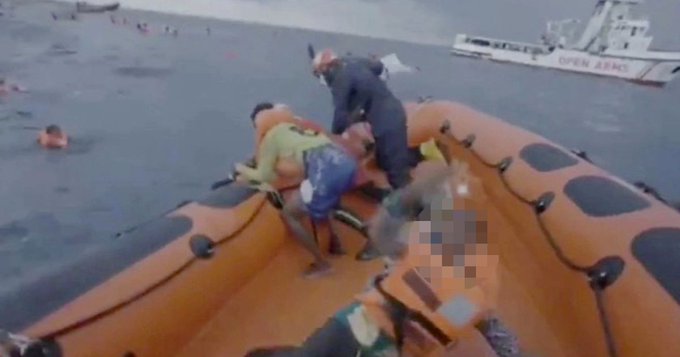 MIGRANT toddler dies just days after arriving in the Canary Islands
A two-year-old illegal immigrant toddler named Nabody has sadly died in hospital in the Canary Islands on Sunday, March 21. Nabody was admitted to the Intensive Care Unit (ICU) of the Maternal and Child Hospital of Las Palmas de Gran Canaria after suffering from a cardio-respiratory attack when she arrived on the island.
The little girl, originally from Mali, was saved from a dinghy off the coast by a Maritime Rescue boat, along with eight other children, on Tuesday, March 16. Red Cross workers realised she was seriously ill once she arrived on shore and by working quickly they were able to revive her on the Arguineguin dock; sadly, she remained in a critical condition before passing away today, medical staff reported. Two of the other children are also said to be in a serious but stable condition in hospital.
In a separate incident, the Guardia Civil detained 74 immigrants who landed on the Almeria coast on Saturday, March 20 after crossing the Alboran sea from Africa on boats. Most often, migrants are detected and intercepted whilst the boats are still out at sea, however, these boats were not detected until they had reached the shore.
The immigrants were all taken to Almeria port, where volunteers from the Red Cross emergency response team met them. The charity reported that six of them required medical attention.
Earlier this month, a frantic search for survivors was carried out after two migrant two boats capsized off the coast of the island of Sfax, Tunisia’s second-largest city.
_____________________________________________________________
Thank you for taking the time to read this news article “Migrant Toddler Dies In The Canary Islands”. For more UK daily news, Spanish daily news and Global news stories, visit the Euro Weekly News home page.