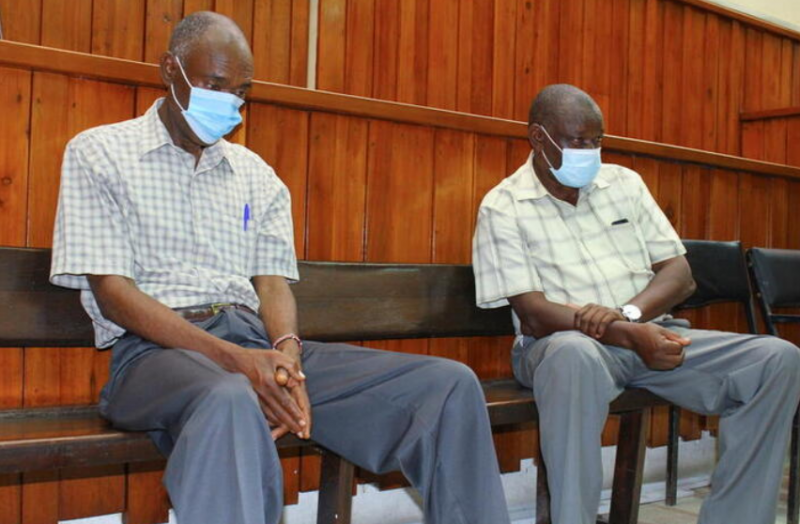 FOUR Kenyan police officers WILL face trail for the murder of a British peer’s son who died when taken into custody eight years ago.

A judge has ruled that four Kenyan police officers accused of murdering a British peer’s son will face trial for murder have a case to answer.

28-year-old Alex Monson was arrested after being accused of smoking marijuana in May 2012 at a Kenyan beach resort and died in hospital a day later having suffered a traumatic blow to the head.

His father, Lord Nicholas Monson, 65, and his ex-wife Hilary have been fighting for nine years to determine who was responsible for the death of their son and to get justice.

Judge Erick Ogola told a court today: “The accused should tell the court what happened since the deceased was arrested in good health.”

Lord Monson welcomed the decision and speaking from his home in London told MailOnline: “This is very good news.”

Lord Monson said: “Nearly nine years have passed since Alexander’s murder. The judge’s ruling today is a significant step towards getting justice for him at last. The legal process to achieve justice for him has been indeterminable. Hopefully, this will be achieved by the year’s end.”

The trial began two years ago and has faced a string of delays and postponements, with the judge delaying a decision on whether the case should even proceed last month.

It was finally ruled that the accused officers – Naftali Chege, Charles Munyiri, John Pemba and Pc Ismael Baraka – have a case to answer to and the murder trial must continue.

The inquest heard Monson suffered severe bruising, which suggested he had been kicked in the groin, and internal bleeding on his brain. The inquest in 2018 concluded that Monson had died unlawfully at the hands of the four police officers.

Senior Principal Magistrate Richard Odenyo ruled: “His [Alexander’s] death was not natural, neither was it due to drugs.

“His life was cut short by police and therefore, the director of public prosecution should prosecute the officers mentioned.”

Daniel Wamosta, lawyer for the police officers, told the court: “It is our humble submission that the prosecution has not established a case for the accused to answer the murder charge.”

However, the judge ruled the trial will proceed and the officers must present a defence.