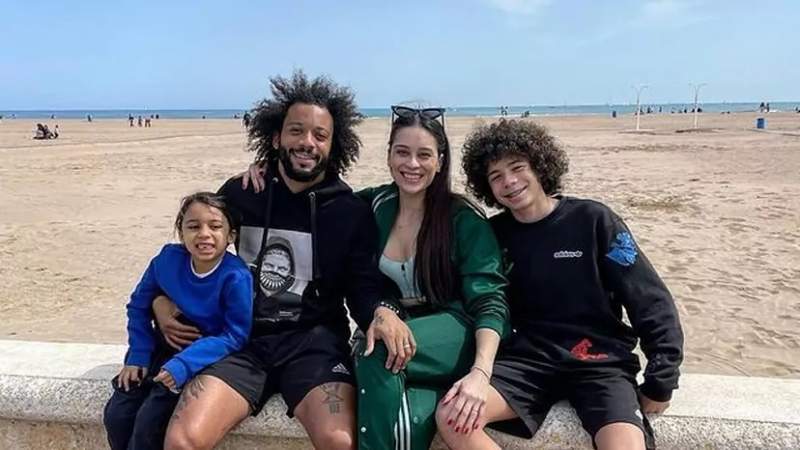 Marcelo took advantage of his time off to travel to Valencia with his family, though his actions appear to breach Spain’s coronavirus restrictions and is now set for a rather harsh fine for taking the trip.

The Brazilian defender uploaded a photograph of himself and his family to social media, showing them sitting at the beach in Valencia.

Marcelo has breached the COVID-19 rules set by the Community of Valencia and the regional government is now set to fine the Brazilian, according to local media outlet ‘Levante’, despite such rules being mandates rather than laws.

The fine is expected to be between 60 and 600 euros, which could be increased by 100 euros more for not wearing a mask in public spaces, as can be seen in the image.

He was pictured relaxing with his actress wife Clarice Alves and their two children Enzo, 11, and Liam, five. The Real veteran, who signed for the Spanish giants from Fluminense in 2006, captioned the holiday snap: “Sunny Sunday in Valencia”, prompting an immediate like from team-mate Casemiro.

One of the footballer’s 46 million followers reacted to the photo, which showed Marcelo and his family with no facemasks on and in apparent breach of restrictions preventing travel outside of Madrid without a justified cause: “It angers me that famous people like you rub our faces in it.

“You can leave Madrid but poor people like us can’t.”

Another added: “Rules and regulations are put in place for something, not so that people with money can do what the hell they want.” A third raged at Marcelo: “Do you think you’re better than the rest and lockdown shouldn’t apply to you?”

During the Christmas holidays, Marcelo also appeared in a photo with his family in a hotel in the Sierra Nevada, despite the COVID-19 restrictions on mobility at the time. Zinedine Zidane has given his players a couple of days off during the international break, with those not off with their countries expected back for training again on Monday.